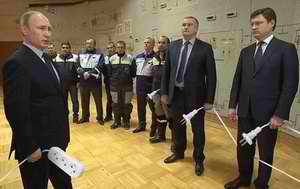 According to recent media reports, to the eastern part of the Crimea with the help of a Chinese cable-vessel, December 2, 2015, was connected the first stage of the electric cable from the Kuban with the capacity of 200 MW (approximately 1/6 of the power at peak load). On the occasion of the first phase of the connection of this “energy bridge” even President V. Putin himself visited, who, along with the profile minister A. Novak (by the way, representatives of Donetsk by origin) outlined ambitious plans for the electrical supply of the Crimea without using electric current from mainland Ukraine.

Of course, preliminary conclusions can be made only when the so-called “energy bridge” from the Russian Federation to the Crimea has worked until late spring, as now it is quite difficult to estimate the so-called destructive features of the Kerch Strait. Only after the end of the winter period they will be able to make definite conclusions about the stability of electricity supply to the Crimea from Kuban, as well as whether the Chinese who were laying the cable, had taken into consideration the previous experience of the Soviet Union and Nazi Germany, who during World War II also tried to seize the Kerch Strait in this context.

Today a number of possible aspects is drawing attention.

Firstly, one can’t help remembering Soviet times, when the high Communist Party’s leadership was “blessing” everything. So it is now — the commissioning of the “Chinese cable” is tied to V. Putin’s visit. Although, as the self-appointed leadership of the Crimea states, the cable did pass its first test in November 2015.

Secondly, nobody says anything about the status and potential of the grid infrastructure in the Crimea. After all, the existing infrastructure is constructed in such a way as to provide adequate power to the peninsula from mainland Ukraine. Supplying electricity from Kuban (through the Kerch Strait) would have provided input and distribution of electricity to the entire peninsula from the east coast. Important is also the following question: “How at this should be supplied with electricity Kuban itself?” But this is Russia’s headache.

Thirdly, nobody (either in Russia or in Ukraine) evaluates the possible cost of electricity for consumers. One way or another, but, on the basis of this cost, it is the residents of the Crimea who will have to pay. And it will be significantly higher than the cost of electricity that was coming from mainland Ukraine. How will the residents of the Crimea react? 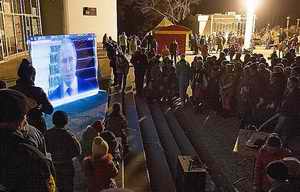 However, it is worth mentioning an important for us positive moment: as a result of the supply of electricity from the Russian Federation to the Crimea, Ukraine can reduce the power generation capacity by as much as once had been calculated exclusively for the Crimea. It would be logical to suggest that such a power reduction of the electric power system of Ukraine could be realized by reducing the thermal power stations using coal from Russia and from mines, which are now not controlled by our state.