It is common knowledge that the controlled by Ukraine mines do not mine a single kilogram of anthracite, while they mine more gas group coal than the thermal energy generating industry uses. It is also much written that the Ukrainian thermal power engineering in recent years has consumed approximately 9.5 million tons of anthracite, since some Ukrainian thermal power plants (TPP) and central heating and power plants (CHPP) have been equipped with it since Soviet times. The rest of the stations are designed and equipped so as not to consume anthracite, but only coal, which is mined in sufficient quantities here, without taking into account the mines left on the temporarily uncontrolled part of the Donbas. Here, for example, it should be noted that in many countries this situation is constantly observed. And thermal power engineering is the main component there, since the share of nuclear power is smaller than in Ukraine (or zero).

In a word, in the Ukrainian SSR all the thermal power stations were designed and, accordingly, built with minimal financial costs, and so that only the coal that was optimally transported from Soviet mines was burned. Nobody at that time imagined that it could come to importing coal. Therefore, its delivery to Ukrainian TPPs and CHPPs was organized in such a way that it was coal only from certain Soviet mines to which specific stations were “tied up”. That is, there was no provision for shipping by sea, access roads were not duplicated, etc. And all this infrastructure in Ukraine has remained unchanged since Soviet times. That is why, our seaports allow to import about half of the needed coal of the anthracite group, that is, almost 5 million tons, within a year. Of the 9.5 million tons needed. 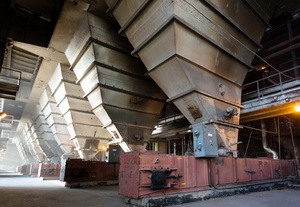 So, on the 26th year of independence, there are some Ukrainian thermal power plants and Soviet-built combined heat and power plants that were equipped to burn anthracite coal alone, that is, “tied up” to their own Donbas mines, where anthracite group coal is mined. The equipment of other Ukrainian thermal power stations is designed for burning coal of a gas group produced both in the Donbas and Dnipropetrovsk region and in the Lviv-Volyn coal basin.

Only in 2008, the then President of Ukraine, V. Yushchenko, initiated the refurbishment of all stations for burning coal of both, anthracite and gas groups — for choice, as is customary in many countries. This initiative was publicly determined, first of all, by the commercial interests of the state of Ukraine — at that moment, in particular, it was more profitable to sell anthracite on international markets than to burn it at our technologically outdated thermal power stations. The aspect of national security was not advertised.

Unfortunately, the re-equipment has never been done. Perhaps, this is due to a number of reasons: firstly, to implement such a project, a lot of money is needed (and there has never been free one); secondly, additional equipping takes time; thirdly, then under all circumstances no one even imagined that aggression and lack of control over some mines in our territory could be possible, and so on.

The second serious impulse for the said re-equipping was in April 2015, when in Kyiv, during his visit, Polish President B. Komarovsky announced that Poland was ready to allocate approximately 50 million Euros for re-equipping Ukrainian thermal stations (this was when we already were not controlling anthracite mines). Of course, 50 million is too little for Ukraine. But, together with our own money, this would have been a good start for an international project to re-equip Ukrainian thermal stations in the context of improving national security, in particular, during Russia’s aggression. Unfortunately, there is no information that we used the Polish proposal, just as we do not know about our appeal for targeted financial assistance to the international community and international organizations. 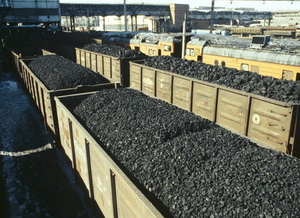 The same can be said about the coal delivery infrastructure — about the railways near the stations, and to our territory. Everything remained as it was designed during the Soviet era: to bring coal from our mines — that is, Ukrainian thermal stations can be supplied with coal either from “attached mines” or from Russian mines. In this context, there was no provision for shipping by sea.

To cut a long story short, the railways to certain Ukrainian thermal power plants (including to those which can burn only anthracite group coal) are laid in such a way that this coal can be delivered either from the mines that are currently occupied, or — via the occupied territory, or — from the Russian Federation. And it is impossible to deliver all the volume of anthracite coal from international markets through Ukrainian seaports without their rebuilding, which has not been done since the independence of our state — in particular, because it was not a priority and it would have cost a lot of money that was never available. 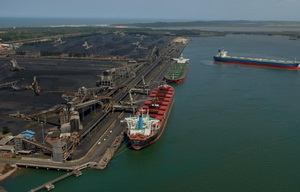 One can, of course, try and find out who is more to blame, that there is no reasonable alternative to coal supplies, and thermal stations do not have a choice for burning different types of coal. But we must clearly realize that this cannot be a priority for the existence and development of the state. Although it is necessary to find out. At least — in order not to make strategic mistakes in the construction of the state in the future.

So, now without proper work on installing equipment at thermal stations and creating alternative railway and sea access routs to them (and this, in turn, requires financial expenditures), it is impossible to ensure independence from the Russian Federation and its satellites.

Therefore, it is necessary to answer the following question: is it possible to make our thermal power stations independent from the Russian Federation and its satellites, what and when should be done for this?

The answer is very simple and concrete: it is POSSIBLE and it does not require something supernatural.

Reconstruction of the routes for delivering coal from international markets (including seaports) and from other Ukrainian mines would take several months.

Therefore, it turns out that it would take 2 years to have done both. In this case, it is possible to ensure the heat and energy component of national security as much as possible: stations can burn either anthracite of Ukrainian origin alone, or Ukrainian gas coal, or imported coal. In critical situations (and the situation of the current occupation is exactly critical), within 8–10 months all stations in the zone of occupation can be re-equipped and the infrastructure for alternative coal supply, including seaports can be modernized, in order to get rid of the dependence on coal from occupied territories and from the Russian Federation.