Recently, Prime Minister of Ukraine V. Hroysman said at the meeting of the Cabinet that in 5 years Ukraine could become completely energy independent. The media quoted his words: “The state-owned enterprises of the oil and gas industry are coming back to life and they will be producing Ukrainian gas. The task is — within 5 years to increase by 7 billion cubic meters, which is absolutely real for domestic production”, “…After five years, we will have become a completely energy independent state”, “…Prime Minister stressed that Ukraine could reduce energy consumption due to energy efficiency. In the balance we will be able to give up the import of gas, moreover, to become an energy independent state”.

These words of his do not coincide with the year old statement by the previous Prime Minister of Ukraine A. Yatsenyuk, who said: “I understand that the increase in tariffs is the most unpopular political thing. I also understand that there is no other way to bring the tariffs to the market figure. What is our goal? The goal is as follows — in 10 years Ukraine has to become a completely energy independent country. This is the goal. And we are moving towards this goal, including through market-based tariffs”.

In the context of such statements it is worth reminding that Ukraine’s energy independence is mainly determined by the independence of our energy sectors such as nuclear power; thermal power plants (TPP and CHPP); gas; oil and oil-refining industries.

It should be said that during the last year, the Ukrainian state has done almost nothing to achieve its energy independence. Perhaps this work was classified. However, even under such circumstances it still not entirely clear why this period has changed from 10 to 5 years over the last year. 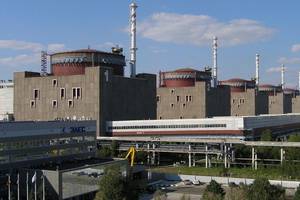 A lot has been written about the state of affairs in the sphere of nuclear and thermal power generation. But the previous, as well as our current Cabinet did very little or nothing to bring our energy independence. Moreover, now there are talks about extending the operation period (extending, not completing!) of Russian nuclear units at Ukrainian NPPs. That is, about Ukrainian nuclear power’s dependence on the Russian Federation. At least, about the technological dependence, even if it is possible to replace nuclear fuel with non-Russian (US) one. On the other hand, provided purposeful work, and adequate funding, within 4-5 years we could provide the technical conditions for their full independence or reasonable (rational!) diversification in these spheres in the interests of Ukrainian national capabilities.

In the gas sector in the recent years there is a trend towards a reduction in gas consumption. To tell the truth, this is due to the reorientation of the population from gas to other fuels, and industrial customers reduce their own consumption, mainly due to scaling back production. At the same time it is hoped that the volume of our own gas production will increase in the coming years. In particular, due to the promise of increased funding of geological development of new deposits. One so much wants to believe that the Ukrainian state will allocate from the budget the necessary funds for the development and introduction of energy saving technologies. At least within the subsidies. Under such conditions, 5 years — is quite a real term, to reach our gas self-dependence, that is, the industry’s independence from imports.

More complicated is the state of affairs in the oil and petrochemical industry. At the time, as we have the technical ability to import crude oil from various international markets (without being tied up to one of them), there is a significant dependence of the Ukrainian internal market on oil imports. Note that the oil imported to our market is mainly from refineries, processing large volumes of Russian oil or owned by the Russian Federation. In fact, our state has no effect on its domestic market of oil products. But this same dependence can be eliminated by creating in Ukraine a modern petrochemical complex with a diversified access to a number of international oil markets. According to leading experts, it would take 4 to 5 years.

So, as stated by Prime Minister V. Hroysman, 5 years is long enough to ensure complete energy independence of our country. Provided, that now relevant industries will work purposefully and will be financed. If not, then A. Yatsenyuk’s statement on the 10-years needed to achieve energy independence of Ukraine will be another myth.