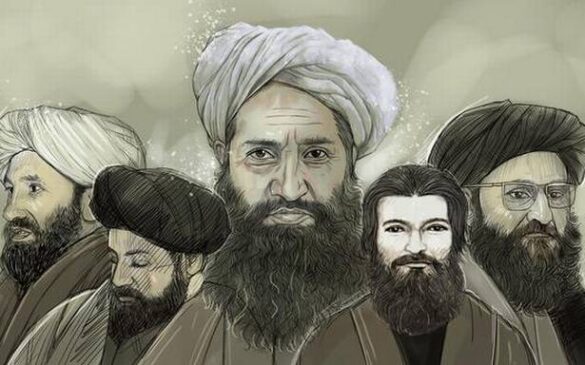 By seizing power, the Taliban have created a great danger of radicalization of the population not only in Afghanistan, but also in other countries in the region

Three weeks after the capture of Kabul, the Taliban formed an interim government. The list of interim ministers shows that despite previous Taliban’s statements about forming a multinational inclusive government, it now includes veterans of the movement, all those who stood side by side with Taliban founder Mullah Mohammed Omar.

The new government includes almost exclusively Pashtuns — on the basis of nationality, and the leaders of the movement — on the basis of political affiliation. At this, ministerial seats were almost equally divided between representatives of both the radical and pragmatic wings of the Taliban. And even more, it should be understood that the radicals won the competition “who hates the United States and the West more”.

Today, they are least of all concerned about international recognition, as they are sure that Pakistan, China, North Korea, Iran, Qatar, and possibly Russia and Turkey, will recognize the new government. It is also clear that some countries will cooperate with the Taliban, but selectively and without fully recognizing their regime.

It is necessary to look more closely at the members of the government to understand who they really are, who was appointed to the government of the new state — the Islamic Emirate of Afghanistan (that’s what Afghanistan is officially called today). Most likely, the Taliban are trying to build a country following the example of the Islamic Republic of Iran. Spiritual leader Hibatullah Akhundzada will determine strategic directions in economy and foreign policy, while Mullah Mohammad Hassan Akhund will be responsible for the Emirate’s domestic policy.

Thus, the Taliban gained power, formed a government, and began the process of forming local authorities. Eventually, the question of choosing the country’s path of development will arise, and this could become quite a difficult task for the Taliban.

As for the next steps of the Taliban government, there are two options:

First, in the context of the severe economic crisis, the Taliban are unable to provide the people with everything they need, and this will put Afghanistan on the brink of a humanitarian catastrophe. The Taliban are forced to take diplomatic steps quickly enough to meet the country’s needs. And this is what will lead to legitimization and international recognition of their regime.

Second, the Taliban will finally realize that they will not be the only dominant force in the country and will be forced to invite other political forces to the government, forming an inclusive government. If this does not happen, then there is a problem of significant growth of internal socio-political unrest, which cannot be dealt with only by punishing those who disagree.

By seizing power, the Taliban have created a great danger of radicalization not only in Afghanistan but also od other countries in Central Asia and the Middle East, and will encourage the population to oppose the current regimes in order to replace them.