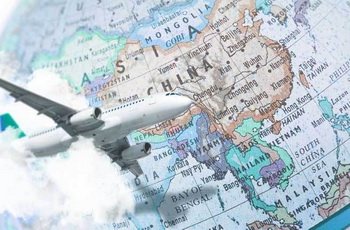 Europe Is on the Periphery of US Foreign Policy Priorities

It is clear that the events surrounding the change of power in Afghanistan to the Taliban and the internationally recognized defeat of US policy in the country and the region also mark a fundamental change in US foreign policy priorities. Such changes were foreseen before the inauguration of US President Joe Biden and continue, despite significant material and image losses for the United States and the interests of allied countries.

Washington’s reorientation to cooperation with the countries of the Indo-Pacific region is designed to minimize threats to the United States from China, to create new prospects in both economic and security terms. The usual issues of transatlantic cooperation, Europe’s role for the United States, NATO’s effectiveness in Europe, and the EU’s problems are receding into the background, giving way to a new strategic vision. What this will mean for Afghanistan and the countries of the region, as well as for Europe and Ukraine, will be shown by the events of the near future.

One thing is certain now — the West of the 21st century can no longer be considered as it was in the second half of the 20th century, during the Cold War and the confrontation with the Soviet Union and the Warsaw Pact. At the time, the West was largely a unification of the North Atlantic, more or less identical to the NATO bloc. In the 21st century, the West is geographically and geopolitically completely different. And for the United States, the current rivalry with China has replaced the previous East — West conflict. Economically prosperous China has become a qualitatively different, more serious problem for the West than the bureaucratically frozen and ultimately bankrupt Soviet Union.