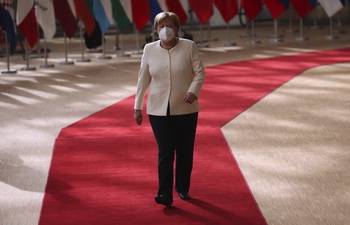 What Role Will Germany Play in Europe After the September 26 Elections?

The poll took place on the eve of the parliamentary elections in Germany, as a result of which Angela Merkel’s successor will appear in the chair of the Federal Chancellor. The main question in the survey was: what will happen to Germany and Europe after Angela Merkel’s leaving politics?

According to the authors of the study, the results of the survey show that Germany’s role in the EU needs to change. The biggest challenge for the winner of the parliamentary elections in Germany will be the need to persuade the Germans that there is a need for changes in Germany’s relations with the EU. The future head of the German government must take a tougher line in relations with other countries that violate European values, and at the same time to actively defend the EU’s position in the world.

Gone are the days when Europe could rely entirely on the United States. What the EU really needs now is Germany with a vision of the future that stands for EU values and defends its place in the world.