This draft law was supported by 436 Deputies, three MPs were against it.

So what happened de facto and de jure in Russia this Friday?

According to independent experts (including those of “Borysfen Intel”), de facto — the Constitution of the Russian Federation was changed in its unchangeable part. All the Deputies of the State Duma (436!) — participants of the action, hiding behind the rhetoric of “Russia’s national interests”, in fact, committed the crime referred to as “treason.” While de jure — in Russia, actually, there was a coup prepared by the well-known group of persons by prior conspiracy. 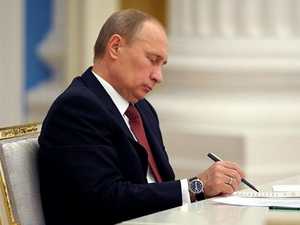 The list goes on and continues not only in the military-political sphere, but also in trade, finance, intellectual, property rights, humanitarian, etc. As the saying goes, “Wherever one looks…”

In other words, last Friday it finally became clear that now the Russian Federation does not live by the law, but by its notions of the law, namely: by the codes of the underworld of the embittered collective “Putin-gopnik” from Leningrad gateway of the 1960s and by the notions of the mediocre “KGB Putin-loser” from the six-month courses of the Higher School of the KGB of the late 1970’s. 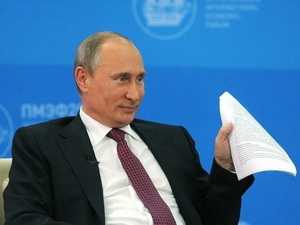 So, today the Russian Federation officially demonstrates to the international community that it does not want to and will not adhere to the commitments assumed under international agreements signed and ratified by it, as well as to the norms and standards implemented in its internal (national) legislation.

So, according to this new approach, the Russian Federation will be able to violate (although it often did it in the past and continues to do now!) the aims and principles of the UN Charter — namely — the fixed therein basic principles of international law, which are also the mandatory norms.

Therefore, in our view, it is appropriate, and necessary to raise the question of depriving Russia of veto in the UN Security Council, and in general of its further membership in the UN Security Council, as the Russian State does not correspond with standards and requirements of the UN Charter (Article 1, Art. 2 and Art. 4 /p.1/) for membership in this leading international organization.