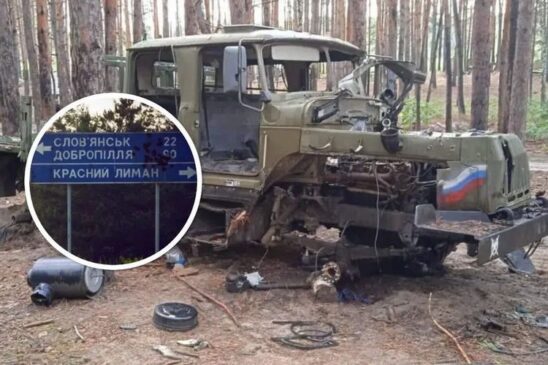 The liberation of Kupiansk in Kharkiv region is a great strategic success of the Armed Forces of Ukraine. This settlement was an important logistics hub of the Russian occupiers, and also facilitates the path of the Ukrainian army to Luhansk region. This was stated in military analyst Ivan Sichen’s comment for Gazeta.ua.

“A little earlier we liberated Vovchansk. It is further north of Kupiansk. Echelons of invaders ran through these two cities. This is an easier way to supply ammunition and weapons. Therefore, this liberation is of strategic importance. We completely interrupted their supply line to the south of Kharkiv region. Now the Russians have switched to supplying by trucks from Russia. In order to facilitate logistics, a special battalion was formed. But while it was being formed, the front line has already moved. And the Russians, in fact, are already cut off from the communication routes. This is one of our great strategic successes”, says Sichen.

The liberation of Kupiansk facilitates the path to Luhansk region, but it will take some time, the analyst emphasizes.

“The railway from there goes to Kharkiv. Therefore, we will be able to bring supplies to our army. Right now it is difficult to do, because the railway is destroyed, and the city itself is under attack. We must first throw the enemy further. The main task now is to push the Russians completely out of Kharkiv region, strengthen the border, gain a foothold there, and then liberate Luhansk region. All this takes time, but now we are close to the border of Luhansk region”, says Sichen.

One of the indicators of how the front line is progressing is preparation for hostilities in the Russian border regions, the analyst explains.

“Kharkiv region borders on Belgorod region of the RF. The fighting affects the latter. And some settlements are subject to shelling, because there are Russian troops trying to shell ours. And as our troops advance, cities that get under fire are changing. They have already reached almost the border with Voronezh region. Luhansk region borders on it further. And the Russians are preparing for hostilities — they are evacuating people, creating defenses. Russia understands that Ukraine will inevitably liberate at least the north of Luhansk region”, adds Sichen.