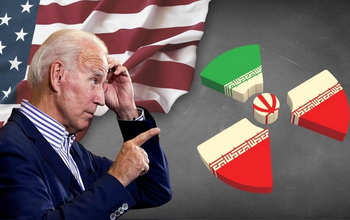 Iran has not taken any steps toward the United States

In late February this year, we wrote about possible steps by Washington and Tehran to return to the JCPOA and considered plausible scenarios. Unfortunately, today the situation remains deadlocked. As the Islamic Republic of Iran enters the presidential election campaign, “nuclear issue” is pushed to the background.

A team of reformists led by IRI President Hassan Rouhani is losing influence in the country. Mainly due to the aggravation of the economic crisis — the result of the resumption of US sanctions against Iran in 2018 and the COVID-19 pandemic, which messed up all plans and nullified the programs of the Iranian government.

The President of Iran and his team had high hopes that with Joseph Biden’s arrival in the White House economic sanctions on Iran would be lifted, frozen foreign assets would return to the Iranian budget from foreign banks, and the economy would develop, which in turn would give the reformers the opportunity to resume reform processes that would significantly improve the lives of Iranians.

Supreme Leader of the Islamic Republic of Iran, Ayatollah Ali Khamenei, on the one hand, pursues a policy purely in the interests of Iran, but on the other hand, he does not intend to take practical steps for the sanctions to be lifted, demanding appropriate steps from Washington. Thus, the Islamic Republic did not take any steps towards the United States, and Washington decided to pause, and today the situation with the JCPOA and the normalization of relations between the countries has a negative impact on the state of affairs within these countries and on the situation in the Middle East in general.