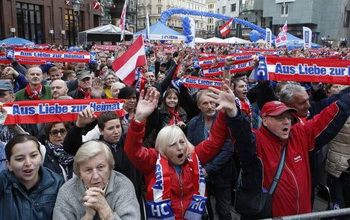 One cannot help being interested in the activity and role of conservative parties in European countries. As the list of political currents is quite diverse, the unambiguous definitions and classification of European parties of  this group are somewhat complicated. But one thing is certain: their political work is active. By influencing policies of their countries, they can and do direct the civil society to acquire certain values.

So, in addition to the previously discussed activity of German conservative political parties, let’s look closer at other European countries’ political parties that profess the ideology of conservatism. Austrian parties — in the first instance.