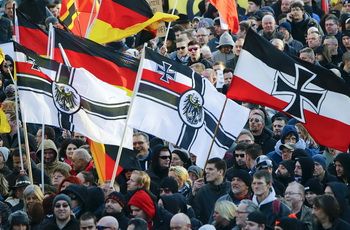 Conservatism in Germany has developed since the revolution of 1848–1849, beginning with Prussia through the formation of conservative associations, groups, and designation of some individuals. But it should be noted that the German perception of conservatism is inextricably linked with Otto von Bismarck. In particular, his resolution of the traditional conflict between church and state (the so-called “struggle for culture” — Kulturkampf) in favor of the latter actually made it possible to spread the conservative idea of the state.

Conservative political currents in Germany today are first of all seen in the Christian Democratic Union (CDU) and the Christian Social Union (CSU), given that both parties were also liberal and social movements from the beginning.

The traditional directions of Christian democracy in Germany are a mixture of the values of conservatism, Catholicism (including the teachings of the Catholic social faith), some currents of political Protestantism, as well as economic, regulatory and national conservatism.

With the decline of traditional voter groups, conservative positions have gradually disappeared from the programs of political parties. The parties that are now considered conservative are moving away from historical conservatism in fundamental and important principles. In particular, in the modern views of the Christian Democrats, technological progress is usually presented positively. There is also a political economic-liberal wing. Since about 2007, the CDU has been trying to consolidate various conservative currents.