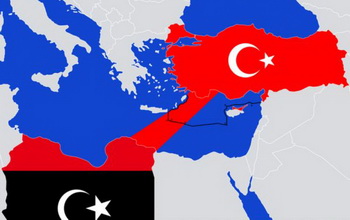 The modern Turkish-Libyan relations are better understood, if we take into consideration that they are 500 years long. Among the non-Arab peoples, the closest to the Arabs have always been the Turks, with their territorial proximity, common historical destiny, religion, culture and customs.

Recently, the media has begun to criticize the foreign policy of R. Erdogan, who is accused of trying to revive the “Ottoman Empire” in the 21st century. In my opinion, the critics of Ankara estimate its foreign policy activity, using somewhat outdated criteria, while ignoring the new realities, which are that over the past 20 years Turkey has significantly increased its economic potential and become a powerful regional state. Its dominance in the Middle East, the Caucasus, and Central Asia is based not on aggressive ideology and religious scholasticism, but first of all on economics and trade.

It is clear that in Libya and other countries, Turkey cares first of all about its national interests. But its interests in most cases coincide with the interests of those countries. And in this mutually beneficial cooperation with the countries of North Africa, Turkey has a positive experience that dates back hundreds of years.

Given Libya’s important geostrategic location in central North Africa and the Mediterranean, it is seen in Ankara as a future powerful logistics, energy and trade hub at the junction of Africa and Europe. Therefore, even partial control over that country may one day bring Turkey significant economic and political dividends. The main motive for these actions of Ankara is to defend and protect Turkish national interests. And the more economically powerful the country is, the more confident it will be. A great example is given to us by our strategic partner — Turkey.