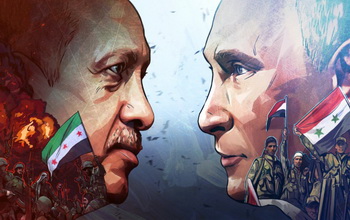 In the event of an armed confrontation with Turkey in the local war for Syria, Moscow’s chances are zero

An analysis of recent events in Libya to some extent suggests that Turkey and Russia have relocated the center of the confrontation to Syria.

In Libya, in the first half of 2020, Turkey managed to change the balance of forces in favor of the Libya’s Government of National Accord led by Fayez al-Sarraj, which is considered a legitimate interim government and enjoys UN support. At the same time, Turkey has felt some pressure from NATO allies, first of all France.

Moscow’s plans for Libya have also completely failed, and even considerable military aid to Khalifa Haftar’s forces and Wagner’s mercenaries failed to tip the scales in its favor. In fact, Russia has “nothing to catch” in Libya and is returning to Syria with the intention to resolve the Idlib problem.

It is now clear that a new phase of the war for Idlib will begin, the only question is when and under what conditions it will take place. In the event of an armed confrontation with Turkey in the local war for Syria, and for Idlib, in particular, Moscow’s chances are zero. What is more interesting is what will happen to Russia after its military defeat.