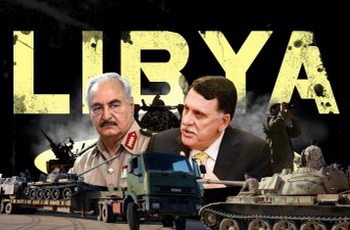 War of All Against All

Like in Syria and Yemen, the civil war in Libya has been going on for ten years. Mainly because external forces, instead of promoting national dialogue, restoring peace and stability, support conflicting political groups in an effort to strengthen their positions in those countries, which are important for their geopolitical and geo-economic stance in the Middle East.

In Libya, the nine-year civil war has caused a complete collapse. That is why Libyans are waiting for coming to power of a political force which would at last restore order and strengthen the state. The vast majority of Libyans still remember the high standard of living provided by Muammar Gaddafi’s “authoritarian” regime for more than 42 years, and they do not mind such a regime being restored in one form or another. But in Libya today, ideologically and politically, there is no political party that the entire Libyan people would trust, as it was under M. Gaddafi.