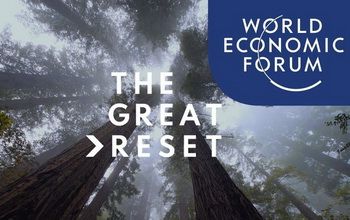 Consequences of COVID-19 and Ways Out of the Crisis

Since the early 1970s, the World Economic Forum (WEF) has been the most authoritative international platform for discussing major trends in the world economy and related changes in the world’s geopolitical situation. As a rule, it takes place every January in Davos, Switzerland, where the results for the previous year are summed up and the corresponding forecasts are published.

Thus, the last year’s event expected that the situation in the world would get worse, and the threat of a new “Great Depression” would grow. Mainly due to the intensification of rivalry between the world’s leading powers, the growing inequality of different countries and regions and global climate change, which will accordingly affect international relations and harm the world economy.

In general, the course of world events confirmed that the above conclusions and forecasts are correct. At the same time, the spread of the COVID-19 pandemic, which became the main factor influencing the development of global processes in the political, economic and security spheres, was practically unforeseen. And even more, as I pointed out in previous articles, the pandemic has led to a change in the balance of power in the world, as a result of different effectiveness of the actions of leading and other countries to address the problems caused by the coronavirus. In fact, WEF experts in the “Global Competitiveness Report Special Edition 2020: How Countries are Performing on the Road to Recovery”, which was published at the end of last year, confirmed this opinion, already taking into consideration the consequences of the pandemic. According to the WEF experts, the pandemic has damaged all countries and the world economy in general, and its effects will be felt for many years to come. Tourism, transport, energy and international trade, as well as the corresponding countries, have suffered the most.

At the same time, most successfully the crisis was overcome by the states with effective governments, high-tech and advanced digital economy and digital skills of residents, high level of ability to attract investment, efficient services, strong social protection system and experience in fighting pandemics. Taking into consideration these and other factors, the Report proposes ways of post-crisis recovery, which include four broad areas of action, namely:

Given such approaches, WEF experts analyzed different countries’ abilities to overcome the crisis and move to positive economic development. And they believe that the best chances have China and the G7 countries, including the United States, Canada, Great Britain, France, Germany, Italy and Japan. The Netherlands, Switzerland, Finland, South Korea, South Africa, New Zealand and Estonia were also rated quite positively.

In turn, Russia, which also sees itself among the world’s leading economies, was in one of the last places in the ranking — 29th out of 37 possible. Its main problems include the inability to improve the governance of public institutions, strengthen public confidence, modernize infrastructure, expand access to digital technologies, increase competition and improve the effectiveness of antimonopoly law, as well as increase long-term investment (including research and innovation).

The conclusions of WEF experts on the redistribution of power in the world are confirmed by other analytical institutions. Thus, according to analysts at the UK-based Centre for Economics and Business Research (CEBR), due to the COVID-19 pandemic, the United States is rapidly losing its world leadership, and China is beginning to take the position of the largest economy. In particular, by 2028, China may be ahead of the United States in terms of GDP (in 2020, US GDP was 20.2 trillion US dollars, China’s — 15.2 trillion US dollars). According to preliminary estimates of the Development Research Center (DRC) of the State Council of the People’s Republic of China, the PRC’s entry into the leading positions in the world was expected only by 2032. Prior to the COVID-19 pandemic, similar estimates were published by the Japan Center for Economic Research (JCER).

According to CEBR experts, the reason for this trend is that China, compared to other countries, including the United States, has made the greatest progress in overcoming the pandemic. This is a consequence of the high efficiency of the Chinese political and economic system, as well as scientific and technical developments in China, which meet the leading criteria. Besides, an advantage is achieved due to the significant and relatively cheap labor. These successes confirm the current performance of the Chinese economy, which is recovering at the fastest pace in the world. Thus, in the second quarter of 2020, China’s gross domestic product grew by 3.2 %, and in the third — by 4.9 %. In view of this, in 2020, China’s GDP growth is estimated at 1.9 %. In contrast, the fall in US GDP is 2.4 %. Thus, China is the only country that has achieved positive economic indicators in 2020. The pace of such economic development in China will be observed in 2021. Judging by the results of the current year, China’s GDP growth is projected at 7.9–8.2 %. In turn, this figure in the United States will not exceed 4.2 %. In the future, by 2030, the average growth of China’s economy is expected at 4.5 %, and the United States — 1.6 %.

Given these indicators, the Chinese leadership has begun to move to a new stage of China’s development. For example, the Fifth Plenary Session of the 19th Central Committee of the Community Party of China set the outline for the upcoming 14th Five Year Plan (2021–2025). The main content of such plan is to bring the Chinese economy to a qualitatively new level, as well as to achieve advantages in the spheres of global economic cooperation and competition. Thanks to this policy, China will try to become a major innovation hub that will compete with other leading countries, as well as counter US hegemony.

The prospects and ways of post-crisis recovery of the world economy are planned to be considered in more detail at this year’s World Economic Forum, themed “The Great Reset”. Due to the pandemic, the Forum was moved from January to the end of May this year, and from Davos to Singapore. Within the framework of WEF preparation, a wide discussion on this topic has already begun. In particular, the consequences of the fact that China has reached the forefront of the world, and this, in fact, is becoming a major geopolitical trend. Most experts expect that China will intensify its foreign expansion, which is in fact in line with the strategic guidelines of its leadership and its real state policy. It is also expected that the rivalry between China and other countries for influence in the world and for access to markets, resources and transport communications will intensify. At this, China’s main rivals will be: the United States — at the global level; America and Japan — in Asia-Pacific; India — in Southeast Asia; the European Union — in and around Europe. Besides, it is assumed that the interests of China and other leading countries will not coincide in the Middle East, Africa or Latin America.

Despite the growth of China’s economic potential and military power, these countries will try to curb Chinese expansion in those regions. This is evidenced by the USA’s actions to restrict China’s access to US markets, as well as to increase its military presence and demonstrate force in the Asia-Pacific region. The leading countries of the European Union, India and Japan are similarly protecting their markets. Besides, last year, the intensification of rivalry between China and India escalated into armed clashes on the border between the two countries.

Under such circumstances, the only open direction for China’s strategic expansion remains Russia and the countries of Central Asia, where it is not only not resisted, but, on the contrary, is considered one of the main economic partners. As is known, this is manifested in the active development of trade and economic cooperation between China and those countries, as well as in the significant Chinese presence in the most important spheres of life there.

In general, the conclusions of experts and analytical institutions of the World Economic Forum are understood in political and expert circles of most countries. Russia can be considered a certain exception here. Because it traditionally professes its own views, understood only by it. In particular, the RF claims that Western analysts exaggerate its problems and underestimate its ability to overcome the COVID-19 pandemic. The same applies to assessments of the effects of China’s growing power and increasing expansion in Russia and Central Asia. The role of China as a strategic partner of Russia in the trade and economic sphere and in the confrontation with the United States is still emphasized. At the same time, Russia acknowledges that its competition with China is intensifying in Central Asia and in the post-Soviet space in general.

Besides, the views of Russian military experts on the ability of the Eastern Military District of the Russian armed forces to deter possible aggression by China are attracting attention. Based on the analysis of the balance of forces of the parties and the peculiarities of the theater of operations, it is concluded that in the region, Russian troops are virtually unable to effectively counter the Chinese army. Thus, in case of a bilateral armed conflict, Russia can quickly lose Primorye, Khabarovsk Krai, Transbaikalia, Irkutsk region and other territories up to the Yenisei River, and in the worst case, to the Urals. At this, the use of nuclear weapons by the Russian armed forces is virtually ruled out, as it would inevitably provoke an adequate retaliatory strike.

Despite the hypothetical nature of such a scenario, Russian experts believe that such a situation is quite possible. The reason is called the position of China, which formally maintains political neutrality, but receives the maximum economic benefit from Russia’s confrontation with the West. At the same time, China actually has territorial claims to Russia. After all, it officially considers the current Russian-Chinese border to have been established as a result of the “unjust and unequal treaties of 1858–1860.” It is also possible that China will resort to economic expansion supported by military force.

WEF’s assessments and forecasts on the economic situation in the world, as well as recommendations for overcoming the consequences of the pandemic and other crises are relevant for Ukraine, which is fully integrated into the world economic system. Especially as most of the above problems are typical for our state. At this, in comparison with the leading countries of the world and even with its neighbors from among the countries of Central and Eastern Europe, Ukraine has fewer opportunities to resolve these problems, which is confirmed by the WEF ratings.

Besides, Ukraine will be directly affected by changes in the world related to the strengthening of China and intensification of its rivalry with other centers of power. Thus, the intensification of the confrontation between the United States and Europe and China will distract attention of the West from Ukraine and from Moscow’s aggressive policy in the Ukrainian direction. In addition, among Western experts is again spreading the idea of the expediency of establishing relations with Russia in order to create a common counterweight to China. It should also be noted that China’s expansion in the Eurasian space will inevitably affect Ukraine as one of the links in transport communications and trade and economic ties between Europe and Asia.