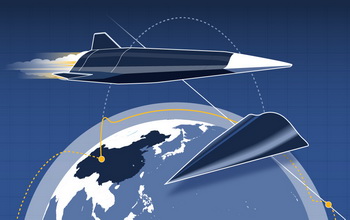 China Is Getting Closer to Us

The German Die Zeit analyzes new trends in the global nuclear confrontation. As China’s military modernization is of concern not only to Washington, isn’t a new nuclear armed race looming — this time between the United States and China? It seems that the logic of escalation prevails again, which was once managed to be restrained mostly by means of military and political restraint.

The center of such new race is now the Indo-Pacific region. Today, the United States and China are counting the number of warheads and missiles in their arsenals. That is, the confrontation between the two superpowers of the 21st century is increasingly gaining a nuclear dimension. And some observers even believe that they sense the breath of the Second Cold War.

Leaders in Washington are increasingly demanding that the United States should respond to China’s rearmament and accelerate the modernization of its own nuclear forces. The needed components for the new armed race already exist, and perhaps they will lead to the Second Cold War. In any case, military strategists in Washington identify China as the new main adversary.

As China’s nuclear rearmament takes place far from Europe, Europeans could calm down and not worry. But is it really so? NATO Secretary General Jens Stoltenberg said a few days ago: “The global balance of power in shifting… China is getting closer to us. We see them in cyberspace, we see them in space, we see them in Africa and we see them in the Arctic. And we see how China is trying to control critical infrastructure here in Europe”…