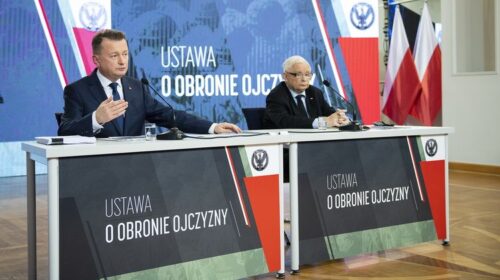 The draft law “On the Defense of the Fatherland” is published by the Polish Government Legislation Centre. What should be paid attention to in the project is the change of sources, sizes and principles of financing of the Ministry of National Defence of Poland, in particular, the reconstruction, technical modernization and financing of the Polish Armed Forces. Funding will increase, from 2.2 % in 2022 to 2.5 % in 2030. In monetary terms, it is noted that the overall acceleration to 2.5 percent of GDP will give the defense budget an additional PLN 24.321 billion (according to today’s forecasts for Poland’s GDP growth).

Public authorities, according to the cover letter to the draft law, must state their vision of the proposed provisions by November 23 of 2021. Amendments to bills that have already been submitted for inter-ministerial consideration and then to the Seim and Senate are generally not made. Probably this time either. But if any proposals arise, they will be insignificant and cosmetic. Therefore, it seems that it will come into force on July 1, 2022. The Council of Ministers, and in particular the Polish Minister of National Defence, will have a serious tool to support the rapid modernization of the Polish Armed Forces. It remains to be seen whether this law will be used effectively and whether it will lead to Poland’s excessive debt, which could become an excessive burden for it.