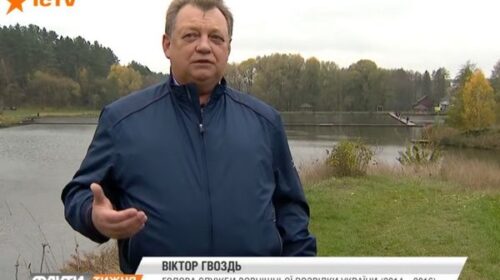 Interview with Victor Hvozd on ICTV

We know a lot of intelligence agents who became prototypes of film and literary heroes, which brought a certain romance to the intelligence . However, few people have thought about the fact that in the intelligence itself, that is, in obtaining important information, there are its own canons, which must not be violated. That is why the work of intelligence agents reveals many, many years later, provided that it does not harm this ancient craft, and those who dared to dedicate their lives to it. This applies to Dusko Popov, who became the prototype of James Bond, the 007 of the British Secret Intelligence Service, and whom we know thanks to the creative inspiration of Ian Fleming. The hero of his novel, Bond, first appeared on movie screens in the early 1960s and became so popular that filmmakers had to return to his adventures more than once.

But today we are not talking about this film hero, but about one of his main prototypes, about the British spy of Serbian origin Dusko Popov. ICTV journalist Taras Shako began to study the extraordinary personality of an intelligence agent, inviting the President of the Independent Analytical Center for Geopolitical Studies “Borysfen Intel”, Doctor of Military Sciences Victor Hvozd, who confirmed that actions of an intelligence agent always surpass any, even extraordinary creative imagination. “Otherwise you will not fulfill the task set”, Victor Hvozd says half-jokingly. “And if you do, a small circle of people who are engaged in the intelligence professionally will know about it”.

But thanks to this work of the ICTV journalist, viewers can learn some real facts of the “Bondiana” from the biography of spy Dusko Popov — a double agent, by the way, awarded the Order of the British Empire for extremely effective intelligence activity.

Watch the full interview with Victor Hvozd on ICTV (in Ukrainian):