The heart of the problem is as follows. As you know, in late April 016, on Ukraine’s appeal, the German presidency of the OSCE processed complex initiatives on organizational, legal and practical aspects of the work of the OSCE Armed Police Mission in the Donbas.

According to experts, the initiatives of Germany’s Chairmanship of the OSCE and the OSCE Secretariat, processed by the Centre for Conflict Prevention, together with the OSCE Transnational Threats Department, in terms of the development of the provisions of the document on the establishment and functioning of the OSCE Armed Police Mission in the occupied territories of some districts of Donetsk and Luhansk regions (further — ORDLO), as well as the list of the necessary assistance and assessment of the financial costs, in general, are acceptable to the Ukrainian side. 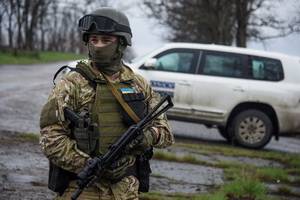 Thus, the Ukrainian side agrees that the OSCE Armed Police Mission should be a separate mission, solely responsible for ensuring the safe and secure environment in the occupied territory of the ORDLO, not a police component of the already existing Special Monitoring Mission to Ukraine (hereinafter — OSCE SMM).

The main purpose of the OSCE Armed Police Mission should be helping a stable environment in ORDLO, and as the expected result — ensuring a reliable and secure electoral process in the area of responsibility, in accordance with the current legislation of Ukraine.

It should also be noted that Ukraine’s main demand is MANDATORY deployment of the armed police contingent in the uncontrolled area of the Russian-Ukrainian state border to prevent illegal crossing of the state border by armed groups and armed individuals, movements of military and special equipment, weapons and ammunition. 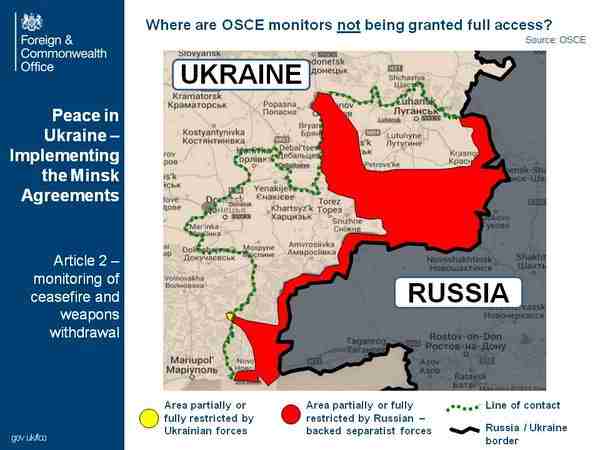 Restricted for the OSCE Mission areas on the Ukrainian-Russian border

The Ukrainian side also believes that to organize the OSCE Police Mission, the OSCE needs the following appropriate forces, means, resources, weapons and military equipment: 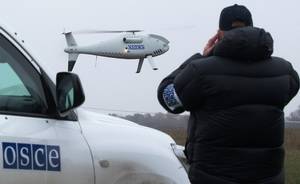 – 10 000 OSCE police officers to fully monitor the area of responsibility (ORDLO) in the around the clock 24/7 regime;

– armored vehicles (the number must be determined separately), which may be used in potential conflict (“hot”) points for protection or in case of evacuation;

– uses for rapid deployment of police forces in any direction and place (the number must be determined separately);

– helicopters (the number must be determined separately), which may be used in potential conflict (“hot”) points for protection or in case of evacuation;

Besides, Ukraine should insist that the OSCE Armed Police Contingent during the period of the mandate within ORDLO should be deployed in the following places:

– at all border crossing points of the temporarily uncontrolled section of the Russian-Ukrainian state border;

– at all check points of entry and exit along the line of contact;

– at all polling stations (according to CEC preliminary data, in the territory of ORDLO earlier used to be more than 2,000 polling tations);

– in all the places of election campaigning;

– at all police stations within the area of responsibility;

– in areas of the Sides’ heavy weapons withdrawal.

Organizational aspects. The work of the OSCE Armed Police Mission should be organized according to the following algorithm:

1. Planning, organizing and collecting information about the current military situation in ORDLO — E minus 150 days.

2. Deployment of the OSCE Armed Police Mission and build-up — E minus 90 and 45.

3. Achievement of full operational capacity of the OSCE Armed Police Mission — E minus X (in case of impossibility to organize the electoral process).

At this, the Ukrainian Side points out that even in case the OSCE Armed Police Mission’s ensuring some security conditions in ORDLO, the risks to its activity remain, even though they should be minimized by joint efforts.

According to the Center “Borysfen Intel” experts’ estimates, these risks may include: 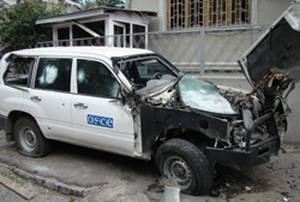 – the Russian Federation quite predictably can use the format of the OSCE Armed Police contingent to legalize and expand its own military presence in the territory of ORDLO (including in the form of the so-called “Russian peacekeepers” —based on the cynical experience of similar actions in Trans-Dniester and Georgia) as well as to expand the volume of military-technical assistance to illegal armed groups of the “DPR”/“LPR”;

– the OSCE armed police contingent is not perceived by a certain category of the ORDLO population and is seen as the one, that doubts “the powers of local law enforcement agencies”;

– possible security incidents (when the life of the OSCE police will be exposed to significant risks /danger or threat/), despite their having personal weapons) can lead to premature closure of the operation of the OSCE Police Mission in ORDLO;

– unpredictable reaction (behavior) and possible provocations on the part of all parties to the conflict;

Legal framework. With a view to the adoption by the OSCE countries of a positive decision on the organization of the activities of the OSCE Armed Police Mission in the Donbas, it seems necessary to initiate the adoption of the Resolution by the Verkhovna Rada of Ukraine “On the Approval of the Appeal on behalf of Ukraine to the United Nations Security Council and the Parliamentary Assembly of the Organization for Security and Cooperation in Europe to Deploy in Ukraine the OSCE International Police Mission.”

In order to avoid legal conflicts and to prevent violations of the Constitution of Ukraine, namely — Article 17 of Chapter 1 (“On the territory of Ukraine is prohibited establishment and operation of any armed formations not envisaged by law. On the territory of Ukraine is not allowed the stationing of foreign military bases”) it is also necessary to adopt the Law of Ukraine “On the Procedure of Deployment and Activity on the Territory of Ukraine of the OSCE Police Mission to Ensure Security and Stability.” Taking into consideration its strategic importance, the draft law (as an urgent one) should be proposed to the Verkhovna Rada of Ukraine by the subjects of the law-making initiative. 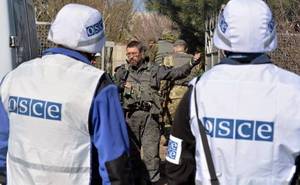 The Budget. In case of a consolidated decision on the necessity of formation of the armed police contingent of 10 000 people, the OSCE Secretariat (OSCE Permanent Council) may request the United Nations to provide financial, technical, consultative and logistical assistance to the OSCE in deploying the Armed Police Mission in Ukraine. According to some estimates, only from a financial point of view, the budget of deployment of such a mission for 6-month period would amount to 260-280 million Euros, which in fact will be an indicator of the maximum limit of costs for such deployment.

The use of weapons. The staff of the OSCE Armed Police Mission should be armed for self-defence, and for taking necessary forceful measures (actions).

When handling a weapon, and fulfilling the OSCE Armed Police Mission’s mandate, its staff has the right to be guided by the “Basic Principles of the Use of Force and Firearms by Law Enforcement Officials”, adopted by the Eighth United Nations Congress on the Prevention of Crime and Treatment of Offenders (Havana, Cuba, August 27 — September 7, 1990).

Instead of conclusions: some warnings. 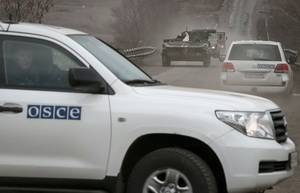 1. According to independent experts, there are currently no concerted political and diplomatic mechanisms of taking a consolidated decision on organization of a separate the OSCE Armed Police Mission in the Donbas. The OSCE Secretariat does not have specific proposals on the functions, tasks, powers and the necessary number of personnel of the Armed Police Mission and the necessary resources for its deployment on the territory temporarily not controlled by Ukraine.

2. The German presidency of the OSCE today also has just approximate estimates, which at this stage may not reflect the actual settings and resources of the OSCE Armed Police Mission. Besides, all the elements-components for deploying the OSCE Armed Police Mission must be written in the mandate of such a mission, which is yet to be developed and approved by all the 57 OSCE member countries in the nearest future. Taking into consideration Russia’s membership and position in the OSCE — is this possible? The question is rhetorical.

3. It should also be borne in mind that the OSCE has never during its existence conducted any peace enforcement operation (mission) and even to keep peace (or to enforce law and order). The OSCE has powers only in observation missions (monitoring and control of the situation) and mediation — always within the framework of an agreement between the UN and the OSCE — and only after the conflict is over. Peacekeeping operations (missions) which differ in content, direction and final results, may be introduced and carried out only by the UN. As for the so-called “Russian peacekeeping forces” of the Putin regime (based on the cynical experience of similar actions in Trans-Dniester and Georgia) — are nothing but plans for expansion and legitimization of the Russian military presence in the occupied territory of the Donbas.

And here, as they say, there are no comments!