Congratulations to the Winner of the Contest for the First Quarter of 2016!

On the eve of May holidays, the editorial board of the Independent Analytical Center for Geopolitical Studies “Borysfen Intel” summed up the results of the contest for the first quarter of 2016.

9 works were submitted to the contest. Last year’s participants of the contest year (students and young teachers of higher educational institutions of Kyiv, Lviv, Odesa and Ternopil), were joined by new contestants. We are glad to announce that among them there are representatives of educational institutions of Kharkiv — the city, where there is a lot of interesting institutions, the scientific potential of which is recognized not only in Ukraine but also abroad. 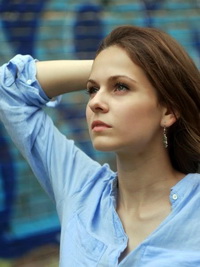 Several works sent by Kharkovites were chosen to be published on the website of “Borysfen Intel” Center, one of them — in April. The author touched upon a topical theme of the information war, accompanying the armed conflict in Eastern Ukraine. By the way, the rest of Kharkiv contestants also paid tribute to this subject, however, their works need more facts reflecting the urgency of world events, including those relating to Ukraine. For example, information confrontation in Ukraine, or in Central and Eastern Europe, in the Baltic States, in the Middle East, in Middle and Central Asia, in the Caucasus and in the Black Sea and Caspian regions.

According to the decision of the editorial board, the winner in the first quarter of 2016 is O. Radchenko’s work “Informed Is Forearmed”, posted on the website of “Borysfen Intel” March 31, 2016. Congratulations to the author!

All potential participants should remember that the competition continues, new works are welcome, and the next interim results will be announced in July 2016.