Traditionally, in summer months our contest freezes due to summer holidays. This is evidenced by the number of entries submitted from those who participate in it. All in all only seven turned. What’s the matter? Don’t the contestants believe in their creativity? Do they consider the reward not worth the efforts spent on their creative work? Perhaps the extended theme of the competition is considered not very relevant in our busy time? Answers may vary, but this is already the problem of the competition committee, which will try to find out the reason and to have it in mind in the future. Because, as we have already said, the competition works are sent in, their authors, hoping for success are closely monitoring the web pages of “Borysfen Intel” and dream to see their surnames in the winning group of authors. The winners will be named! And will get the awards for their work (as it was last year). 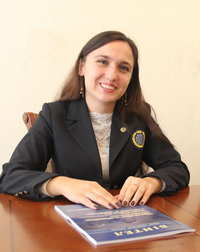 By the way, speaking about the award: having studied the submitted works, the competition commission decided to distinguish the work of “The Civil Society Platform” by the student of Kyiv National University N. Serbenko — the winner of the previous contest in 2015. Obviously, it is not only the matter of creative passion of the student-contestant, but also of the experience, which she won by participating in the competition last year. We congratulate her! And call on other potential participants not to hesitate but to roll up the sleeves and start writing their works. Believe us, it’s worth all the effort.

It should also be borne in mind that we do not consider the works in which the authors had borrowed from other sources, not only the conclusions from the facts mentioned, but also had copied texts from different publications. Such things have a specific definition of which we do not want to mention specifically here. We just friendly warn against such “creativity”. After all, it’s an author’s work that is interesting. Who knows, maybe it is participation in such contests, and victories in them that give a start to the scientific work of our scientists-to-be!

We remind you that very little time remains till the summing up of the results of the year. And invite potential participants to creative competitions.