A few days ago, November 6, 2015, the Minister of Energy and Coal Industry of Ukraine V. Demchyshyn, explaining to the Verkhovna Rada of Ukraine the motivation of electricity imports from Russia, probably for the first time officially informed that a new high-voltage power line from the Khmelnitsky nuclear power plant has been laid to the Ukrainian capital.

In fact, this line had to be laid back in the early years of the resumption of Ukraine’s independence. That is: to upgrade power lines, first of all in order to avoid energy losses. Unfortunately, this was not done. Instead, for more than 24 years Ukraine had old Soviet power lines and their management with the loss of electricity by an average of 12 %. At the same time, for example, today, losses in Poland make 9 %, and in Germany — 6 %. Average losses of electricity in the EU amount to 6-9 %. 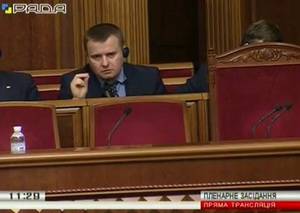 We hope that this new line Khmelnitsky-Kiev has been laid using the latest technologies, as well as modern management methods, making it possible to significantly reduce the loss of power to a level that is observed in the EU.

Modernization of power transmission in Ukraine (of both: the lines, and management) in order to reduce electricity losses from an average of 12 %, for example, to the Polish level (9 %), would be commensurate with the decommissioning of one such unit, for example, in the Khmelnitsky nuclear power plant (with the capacity of about 1 GW). And reducing to the German level would equal decommissioning of two blocks of the Khmelnitsky NPP. Naturally, in case of successful modernization, nobody would stop the work of the existing capacities of generation that can be used for economic development and increase of the export of electricity.

So, it turns out that in the context of Ukraine’s European integration in the nearest future, it is advisable to upgrade the power transmission to the European norms and not to build new power generation facilities (stations), where, as a rule, there is a considerable corruption component. Unfortunately.