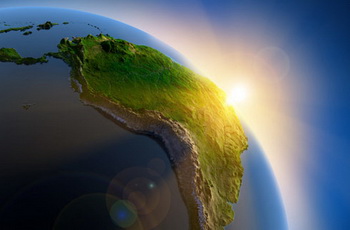 In the international politics, this topic is quite relevant, because it allows us to realize, among other things, how our country needs to shape its foreign policy goals. After all, if, for example, the President of Ukraine last visited the same Brazil in 2011, it can be stated that Latin American countries have long been out of Ukrainian leadership’s attention, the negative consequences of which we cannot help feeling today.

Indeed, can we now talk about Latin American countries’ international support for Ukraine in the Russian-Ukrainian conflict, in particular over the de-occupation of Crimea, and in general on issues of Ukraine’s territorial integrity? It is obvious that over the last decade Ukraine has not shaped on its own foreign policy strategy for the Latin American direction, thus losing the opportunity to achieve the desired in the region.

To begin with, the Russian occupation of Crimea in 2014 was a serious challenge for Ukraine in building its own system of regional and global security. Over the next seven years, considerable efforts were made to resolve the Crimean issue. Time will tell the effectiveness of the Crimean Platform launched on August 23, 2021 at the summit in Kyiv. Of course, the creation of such a platform in international practice is not new, but the sad fact was again the complete absence of Latin American member states. There are many reasons why this happened. But first of all — because of the discrediting of the international image of Ukraine by Russian propaganda in the Latin America. And lack of Ukraine’s media presence after 2014 in countries such as Brazil and Argentina has nullified its support not only from the local government, but also from the local Ukrainian diaspora. These states limited themselves to stating the facts, abstaining from voting in the UN General Assembly, without trying to find out the cause of the Russian-Ukrainian conflict and treating it as an internal problem of Ukraine.

It can be stated that the promotion of Ukrainian interests in the region of South America is impossible without establishing contacts at the highest level. Despite the fact that the UN has formed an international coalition of states that actively support Ukraine over the de-occupation of Crimea, the position of South American countries is still unchanged. But the formation of the Crimean Platform revived and updated the Latin American vector of Ukraine’s foreign policy.

As for further prospects in the formation of a positive image of Ukraine in the world, it would be appropriate to create an official cultural and scientific representation of Ukraine, such as the “Shevchenko Institute”. This will provide an opportunity to strengthen diaspora ties between us and the countries of the region and create a platform for discussing various topics, organizing round tables, symposiums with experts, both Ukrainian and foreign.