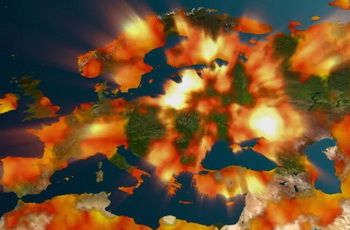 Military and Political Expert,
First Deputy Minister for Strategic Industries of Ukraine in 2020–2021

Terrorist attacks often aim at creation industrial disasters and environmental catastrophes — to create a disaster zone and destroy a critical infrastructure: roads, bridges, power plants, water and energy supply systems. Such areas become unsuitable not only for agriculture, but also for the industrial or housing construction. Intentional industrial accidents are one of the newest military mechanisms for creating the so-called security zone, a tool for psychological influence on the population, intimidation and demoralization, as well as accusing the enemy of industrial accidents, which in turn is an information and psychological component of the hybrid warfare. The amount of economic damage from environmental disasters caused by industrial accidents during hostilities is often difficult to calculate. In most cases, it is cheaper and technologically easier to rebuild a settlement or enterprise in a new place than to rehabilitate an area affected by an industrial accident caused by hostilities. And such industrial facilities as mines, quarries, dams, canals, in most cases, are not subject to restoration at all.

To confirm this thesis, it is enough to give two examples. Example one. To date, two thirds of the Donbas coal mines have been flooded, and the “cascading” spread of this process, unfortunately, does not stop. This will eventually lead to flooding at the Oleksandr-Zakhid mine in Horlivka, where there is a little-studied explosive toxic 50-ton mixture of mononitrochlorobenzene with other toxic substances. Experts warn that four to five months after the uncontrolled flooding of mines, the mixture will enter the layer of drinking water and poison the tributaries of the Siverskyi Donets River with further pollution of Rostov region of Russia (“boomerang returns!”) and the Sea of Azov. The second example. Mines in the town of Yenakiieve have also been flooded, in one of which in the Soviet era an experimental underground nuclear explosion was carried out. As a result, aquifers are contaminated with radioactive elements with hundreds of times higher than the permissible radiation level.

Potentially most dangerous industrial facilities include those where the effects of destruction are exacerbated by chemical pollution, radiation, which adversely affects the population, environment and economy.

The main such dangerous industrial facilities, which could be primarily destroyed during hostilities or terrorist attacks, are nuclear facilities, hydroelectric dams (HPPs), chemical plants, pipelines, etc.

The technological facilities with the highest degree of danger, first of all, include nuclear power plants:

The same facilities include uranium ore mining and processing enterprises located in Kirovohrad, Mykolaiv and Dnipropetrovsk regions. Uranium ore is mined mainly at the Novokostyantynivskyi (with explored and developed uranium ore reserves), Smolinskyi and Ingulskyi mines. To obtain uranium oxide, the ore is processed at a hydrometallurgical plant in Zhovti Vody, Dnipropetrovsk region. Typical of uranium mining is that almost all waste becomes a source of radioactive pollution of the environment.

As for enterprises whose activities are resulted in radioactive waste, all of them, except for NPPs, transport radioactive waste to six interregional specialized plants of the state association “Radon”: in Kyiv, Lviv, Donetsk, Dnipro, Odesa and Kharkiv.

There are currently 1,276 chemically dangerous facilities in Ukraine. Of these, 136 facilities of the 1st and 2nd degrees of chemical danger, most of which are located in Odesa, Donetsk, Zaporizhzhya, Luhansk and Dnipropetrovsk regions. More than 285,000 tons of highly toxic substances are stored or used at these facilities.

Ukraine has a large number of other chemical industries that are sabotage vulnerable, namely:

Today, one of the most dangerous enterprises in the chemical industry (in terms of industrial danger and vulnerability to terrorist acts) is the Ukrainian part of the main ammonia pipeline “Togliatti — Odesa”. Its main control center, which concentrates all information on the ammonia pipeline, its operation, repair and maintenance, etc., is a potential vulnerable for sabotage and terrorist attacks.

But the most dangerous and vulnerable object is, in fact, the ammonia pipeline itself, two lines of which run in densely populated areas of eastern and southern Ukraine, one of which (the main) crosses the Dnieper River between Zaporizhzhya and Dnipro by suspension bridge.

The second line runs from Lozova to the chemical plant Stirol in Horlivka, which is located in the territory temporarily occupied by Russian terrorist troops.

While the security system for counteracting terrorist threats has existed and improved at nuclear facilities for decades, the pipelines have traditionally not been considered in this aspect either during the Soviet era or during the years of Ukraine’s independence. So now, in the face of Russia’s military aggression, the main oil and gas pipelines are one of the most dangerous industrial facilities, as they could be targets for terrorist attacks. The length of main gas pipelines in Ukraine is 35.2 thousand km (the main and largest of which are “Soyuz”, “Druzhba” and “Yamal — Europe”), of oil pipelines — 3.9 thousand km.

Some of the main gas pipelines of Ukraine pass through the territory temporarily occupied by Russia, directly in the war zone.

But so far, both the Russian occupiers and the separatist terrorist groups subordinate to them have not attacked the main oil and gas pipelines, despite the fact that they without the slightest hesitation conducted and are conducting rocket and artillery shelling of residential buildings and civilian infrastructure in Ukrainian-controlled territory. However, already today many Putin’s propagandists and crazy military “experts” are not hiding their criminal intentions, shouting: “When we have completed Nord Stream 2, we will deliver a strike on Ukraine”, meaning that nothing will stop them.

Unfortunately, Europe and the European Union, under fierce pressure from Germany, are deciding to continue the construction of Nord Stream 2, ignoring these circumstances. Another step “to meet Putin halfway” and at the same time a step towards the abyss has been made. After all, with the launch of this pipeline, the first line of which is already built, Putin will no longer have to “protect” either the “Soyuz”, or “Druzhba”, or “Yamal — Europe”. Therefore, launching Nord Stream 2 at full capacity is Putin’s “key” to launching a full-scale military invasion of Ukraine.

The vulnerable for terrorist attacks and industrial dangerous facilities are hydroelectric power plants, dams and locks of the Dnieper cascade:

– Kyiv HPP
In case of destruction of the dam of the Kiev hydroelectric power station in the area of Kyiv alone, the flood zone can make 42 square km with the population of over 400 thousand people. The total area of catastrophic floods in Ukraine due to hydrodynamic accidents may be 8294 square km, where 536 settlements are located.

– Dnieper HPP
In case of a destruction of the dam of the Dnieper HPP, the speed of the tidal wave will be 4–5 m/s in wide sections of the reservoir, and in narrower places — significantly higher. The dam of the Dnieper HPP is located at a distance of 40 kilometers from the dam of the Zaporizhzhya NPP. Due to the hydrodynamic shock and the influx of a significant amount of water, its dams will be washed away, and the water level in the Kakhovka Reservoir will fall sharply after such a cataclysm. The cooling pond of the Zaporizhzhya NPP will be left without water, which will lead to an accident of the Fukushima type — due to the problem of cooling six nuclear power units of 1 million kW each.

In case of possible hostilities in Zaporizhzhya region (caused by Russia’s aggressive plans to create a land “corridor” to the occupied Crimea), the risk of a hellish nuclear catastrophe, six times more powerful than Chernobyl, ceases to be hypothetical: direct hits could cause collapsing of the nuclear power plant. The consequences would be fatal not only for Ukraine and Ukrainians — they would be suicidal for the aggressor — Russia and catastrophic for the whole of Europe. (The same applies to other Ukrainian nuclear power plants: Rivne, South-Ukraine, Khmelnytskyi, as well as the destroyed Chernobyl).

Therefore, in case of Russia’s open full-scale aggression against Ukraine, for Europe (as part of the world community) there is a choice between only two possible scenarios of its own actions:

– either to agree to Russia’s aggression by joining those who force Ukraine not to defend itself, not to resist military aggression;
– or to joint efforts with the Ukrainian people to fight back the aggressive intentions and actions of the Putin regime.

For European countries (and not Europe alone), this does not necessarily mean military actions. They have enough effective, tough non-military tools and methods to stop and suppress the aggressor.

Any third scenario, not catastrophic for the whole of Europe, is impossible because it simply does not exist.

The article to be published in the next 4th issue (2021)
of the “BINTEL. Geopolitical Analytics Journal”