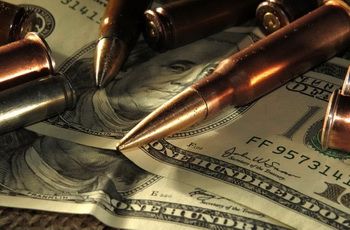 If we look at a map of current armed conflicts, we can agree that in general they are more typical of countries and regions with less developed economies. Let us also recall history: the prelude to world wars had always been protracted economic crises.

Undoubtedly, a high level of economic and technological development is a fairly reliable guarantee of non-aggression by less or slightly more developed countries. However, does this not mean that the economic powers, with such guarantees, will be more prone to engage in armed conflict in third countries? It can be argued that weak states, a priori prone to internal instability, indeed become attractive to subversive actions from the outside, so we often hear — rightly so — about open or hidden support for local forces. In addition, great powers are the leading exporters of arms, which increases their interest in fueling military conflicts. The exceptional ability of economically powerful actors in international relations to influence the decisions of international organizations (not least through a system of financial incentives), in particular in legitimizing the use of armed forces, must also be recognized.

The economic and political consequences of participation in the war depend first of all on the ability to prevent the spread of hostilities on its own territory, as well as the level of public support, for which purpose it is not just right, but is badly needed the country’s having a deep understanding of its current needs and moods and possessing an effective apparatus of informational influence.

However, strategic planning must, of course, take into account other factors, while recognizing the role of uncertainty: due to the unpredictability of the duration and scale of military operations, or the possibility of further changing priorities in armed conflict, it is impractical to create assessments, citing historical experience and precedents, even recent and even in the same region.