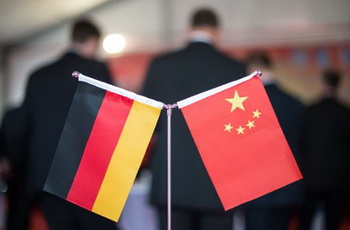 China Is Adjusting Subnational Relations to Its Own Interests

It is known that in Germany there are cities and even land communities that are actively developing cooperation with China. The incentives for German partners are obvious: they hope that relations with China will give them access to a huge economic market, direct investments and tourists. But such an exchange is not without risks. Like subnational diplomacy with any other country, it contains the threat of industrial espionage, high-tech leaks, political influence, and disinformation.

Subnational diplomacy, that is, diplomatic relations with German federal states, cities, and communities, is a kind of channel for China to assert its own strategic interests. This conclusion is found in the research of the Mercator Institute for China Studies (MERICS). According to the Institute’s research, China is increasingly using the subnational partnership to defend its own interests, especially economic ones, in Germany.

The inauguration of Xi Jinping as leader of the country and Communist Party of the People’s Republic of China marked a turning point. The tone of bilateral relations and the problems to be resolved have changed. Exchanges have become more centralized and in favor of the Chinese side. Today there is almost no cultural exchange and cooperation of communities. Instead, economic and political issues come to the fore. As there is a certain structural asymmetry in China-Germany relations, the Chinese are able to secure their strategic interests through the above-mentioned subnational diplomacy.

Therefore, the federal governments and large German cities must develop their own strategy for relations with China, improve communication and coordination at the state and local levels, in particular, interact with the security authorities of the land and federal levels. As long as this is not taken into account, German federalism will play in Beijing’s favor. And the lack of proper information and experience in many of Germany’s grassroots authorities will allow Chinese players to “rob” them in the negotiation process. Taking advantage of this inexperience of the German side in the negotiation process, Beijing is laying the groundwork for further expansion of its geopolitical influence in this economically most developed country in Europe.

Under Chancellor Angela Merkel, the German federal government did not pay enough attention to the threats of China’s “creeping economic expansion” within Germany. And such expansion has previously been successfully tested and applied by China in other countries, including European ones. Such is the reality.