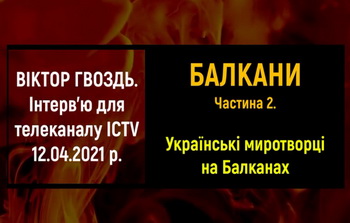 Part 2. Ukrainian Peacekeepers in the Balkans

Victor Hvozd — Head of the Foreign Intelligence Service of Ukraine (2014–2016), Lieutenant General, Doctor of Military Sciences — in an interview with ICTV journalist Taras Shako. Many photos and videos from V. Hvozd’s personal archive.

Ukrainian peacekeepers in Yugoslavia. Operation of the Ukrainian peacekeeping contingent to rescue the Muslim population in the city of Zepa (Bosnia and Herzegovina). The story of one forgotten heroic deed. How Ukrainians saved thousands of people from massacre in Bosnia and why they don’t talk about that.

The role of the 240th Separate Special Battalion of Ukraine in restoring peace in the Balkans.

The fall of the Republika Srpska Krajina. Lessons from the Balkans for Ukraine.

The second part of this story (in Ukrainian):

Part 1. The History of the Disintegration of Yugoslavia