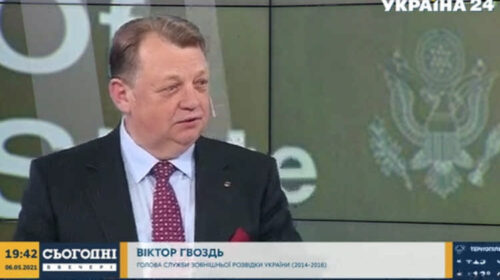 Victor Hvozd — Head of the Foreign Intelligence Service of Ukraine (2014–2016), Lieutenant General, Doctor of Military Sciences in the program “TODAY. EVENING” on the national news TV channel “Ukraine 24” explained why in the near future we may not be afraid of attack.

“We are an important partner for the United States, the United States is a strategic partner for us, the only partner who helped us in the hour of need. Developments will depend on us, on fulfilling our promises to the world. We must get used to living in these conditions, when the confrontation between the United States/NATO and Russia has moved to the borders of Ukraine. Russian troops are being withdrawn from the borders of Ukraine, but remain on training grounds, in camps, and this is perceived as a threat. It would not take much time and effort to return those troops, but for this there must be a casus belli, which I do not see”.