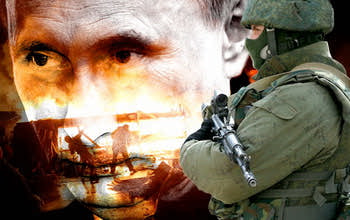 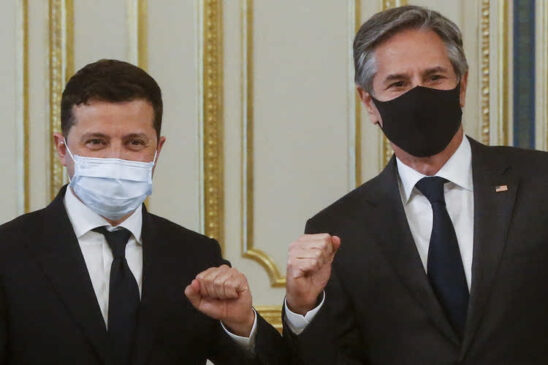 The consolidated position of the United States, NATO and the EU in support of Ukraine has forced Russia to reduce its military activity around our country. At the same time, Moscow maintains its strategic goals for Ukraine and is trying to compensate for the temporary “retreat” in the military sphere by reorienting its efforts to other directions. First of all, this concerns the intensification of Moscow’s actions to undermine internal stability in the United States, Europe and Ukraine, which should weaken their ability to counter Russia. In general, the Kremlin’s steps to achieve these goals are traditional, but need attention because they pose a direct threat to Ukraine’s interests and security. Moreover, given the peculiarities of the current situation, related to the actual resumption of hostilities in the Donbas, the COVID-19 pandemic, May holidays, as well as political processes in countries that Russia considers its opponents.

Thus, the main direction of Moscow’s above-mentioned actions remains the massive information campaign to form the Western society’s negative attitude to Ukraine and positive attitude to Russia. An example of this is Russia’s accusing Ukraine of violating the ceasefire in the Donbas and preparing for an attack on the “DPR/LPR”. This is exactly how Russia justifies the deployment of its troops on the border with Ukraine.

Similarly, Moscow has tried to turn to its advantage the political-diplomatic scandal following disclosure of the subversive actions of Russian special services at the military warehouses and plants of the Czech Republic and Bulgaria in 2014–2020. In particular, the facts of arms supplies to Ukraine by these countries were interpreted by Russia as “helping the Ukrainian authorities’ war crimes against their own people”.

Also, Russia used the May holidays to organize anti-government demonstrations and riots in European and other countries, which currently hold the strongest positions in relations with Moscow. First of all, such steps of Russia were directed against:

As in previous years, social platforms on the Internet were widely used to destabilize the situation in those countries, through which various extremist ideas of left and far-right wings’ views were promoted.

For example, in late April 2021, British authorities prevented attempts by Russian intelligence services to provoke “May Day riots” on British territory. In particular, the actions of so-called “trolls” associated with Russia were exposed, who provided provocative comments to the leading British media (The Times, Daily Mail and The Sun and Daily Express) on socio-economic topics.

Even greater problems arose in France and Germany, where such actions were organized by various radical movements, known for their close ties with Russian secret services. The main ones were the radical left-wing Yellow Vests movement and the far-right National Rally in France, as well as the Alternative for Germany in the FRG.

As a result of their actions on May 1, 2021, mass riots took place in Paris and a number of other French cities, including Lyon, Nantes, Lille, Toulouse and Marseille. In the city of Lyon alone, about thirty police officers were injured during the demonstrations. Several thousand aggressive people also gathered in Berlin, which became the main center of protests in Germany. Demonstrators resorted to violence against police, as well as acts of vandalism against civilian objects (arson of cars and shops included).

Rallies and demonstrations under anti-government slogans were also organized in the Turkish capital, Ankara, with the leading participation of the left-wing Confederation of Progressive Trade Unions of Turkey (DISK). However, they were severely blocked by the country’s security forces using troops and armored vehicles.

Quite revealing was also new series of interracial protests in the United States in April this year, caused by the death of a black American as a result of an incident with the police. Last year, a similar incident resulted in mass protests and riots in a number of US cities, which significantly complicated the internal situation in the country. Moreover, US law enforcement agencies have revealed involvement in such actions of the fake organization “Eliminating Barriers to the Liberation of Africa”, which covered a group of “Internet trolls” in Nigeria and Ghana. In turn, they worked under the control of the “Antiglobalization Movement of Russia”, which is one of the structures of the FSB.

To some extent, in this context we can assess the resumption of protests by opponents of the quarantine restrictions related to COVID-19, which take place in a number of European cities and are accompanied by riots and clashes with police.

At this, Ukraine remains Russia’s main target. Thus, according to a number of experts, Moscow is intensifying steps to create another “Party of Regions” in Ukraine with the participation of certain pro-Russian oligarchs who are dissatisfied with the policy of the current Ukrainian government. They are going to unite all pro-Russian forces of Ukraine on its basis. At this, in their political struggle, they will use miscalculations in the work of the current leadership of Ukraine, in particular, to increase utility prices, the inability to curb inflation, as well as the lack of progress in resolving the problems of the Donbas and Crimea.

The aggravation of such problems is one of the main goals of Moscow’s current actions to provoke tensions in the conflict zone in the Donbas. At the same time, Russia is creating purposeful obstacles in the process of implementing the Minsk Agreements by imposing various unacceptable demands on Ukraine. This mainly concerns Moscow’s attempts to involve representatives of the “DPR/LPR” in the negotiations as “parties to the negotiations”, both at the level of the Tripartite Contact Group and in various international formats, including the UN.

In addition, Moscow is speeding up the process of issuing Russian passports to residents of self-proclaimed republics. On the one hand, it aims to put pressure on Ukraine, and on the other — to create a basis for military support of the “DPR/LPR” under the pretext of protecting Russian citizens on their territory. Besides, the acquisition of Russian citizenship by a population of the self-proclaimed republics can be used by Russia as a “legitimate” basis for their annexation, following the example of Crimea.

Another direction of Moscow’s action is to try to thwart Ukraine’s initiative to create a Crimean Platform with broad international participation. Such intentions of Ukraine are considered by Russia as a direct threat to its interests, as they restore the world community’s attention to the Russian annexation of Crimea and actualize the problem. In turn, this inflicts additional image damage on Moscow as a factor that once again highlights its aggressive policy. Besides, implementation of the above-mentioned initiative of Ukraine would objectively contribute to ratings of the Ukrainian government, which contradicts the goals of the Russian strategy towards our state. Taking into account these circumstances, a special working group has been set up in the Russian Foreign Ministry to counter the Crimean Platform.

At the same time, Moscow continues military preparations against Ukraine and the United States/NATO. Thus, Russia has not actually withdrawn its troops from Ukraine’s borders, but only has returned them to places of permanent deployment in the same areas near the Ukrainian border. Moreover, at the training grounds in Voronezh has remained the military equipment of units of the 41st Army which were deployed there from the depths of Russia (Novosibirsk region) during the so-called surprise inspection in April this year.

An exception was the return from Crimea to the North Caucasus of units of the 58th Army of the Southern Military District and the 7th and 76th Airborne Assault Divisions of the Russian Airborne Troops. However, they can be quickly returned to the peninsula. In addition, there are still three large landing ships of the Russian Northern and Baltic Fleets in the Black Sea. At the same time, Russia has closed several areas of the Black Sea for navigation, which in fact means its annexation, as has already been done with most of the Azov Sea.

The deployment of additional Russian troops near Ukraine and in the Black Sea region is explained by Moscow’s preparations for the “West-2021” SCPE, as well as the need to respond to the start of the US/’NATO’s DEFENDER-Europe 21 exercise. However, under the guise of such statements, Russia may move to a new aggression against Ukraine. At least, another increase in military tensions around Ukraine can be expected in the summer of this year during the active phase of the “West-2021” SCPE.

The aggressive nature of Russia’s policy provokes a corresponding reaction from leading Western countries and international organizations, which no longer believe its peaceful statements. For example, on 5th May 2021, the G7 countries issued a joint statement condemning Russia’s actions aimed at undermining Ukraine’s sovereignty, territorial integrity and independence. At this, they expressed their intention to deter Russian behaviour that is threatening the rules-based international order, including in the areas of cyberspace security and disinformation. In particular, the G7 Foreign Ministers decided to establish a joint mechanism to counter disinformation and propaganda from Moscow.

US Secretary of State A. Blinken’s visit to Ukraine was also significant, confirming Washington’s steadfast position on supporting our state in its confrontation with Russia. The results of this visit were summed up by US President J. Biden, who affirmed the United States’ unwavering support for Ukraine’s sovereignty and territorial integrity in the face of Russia’s ongoing aggression. According to world political scientists, today J. Biden can play the same role for Ukraine as R. Reagan once played for the countries of Central and Eastern Europe in their liberation from the occupation by the USSR.

By the way, the next demonstration of Russia’s military strength should be mass parades in Moscow and other cities of the country on May 9 this year, dedicated to the “Day of Victory” over Nazi Germany. The Kremlin does have enough money for this. But the monetary awards to war veterans, dedicated to this date, have become in Russia an order of magnitude lower than in other countries of the former Soviet Union (in Russia — 10 thousand rubles, in Uzbekistan — 86 thousand rubles /in terms of the official rate/, and in Kazakhstan — 174 thousand rubles). Well, everyone has his own priorities.