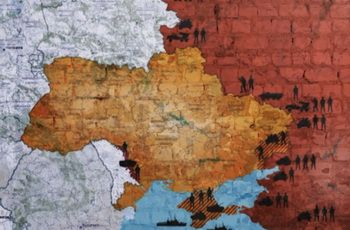 Russian troops are concentrated on the border with Ukraine, and tensions are rising

European media keep raising this question when they write about the Russian build-up in the East of Ukraine. And if the views of well-known experts or politicians quickly appear in the popular media, it does not mean that ordinary Europeans always accept such information unconditionally. It must be strengthened in different ways. Otherwise, the same Russia would not have invested heavily in the work of controlled TV channels and radio stations, which almost all over the world “train” public opinion, like circus doggies…

Moscow is openly dissatisfied with the current ceasefire agreements in the East of Ukraine and seeks to improve its negotiating position by escalating tensions. Russia is not only suspending talks on resolving the hitherto unresolved conflict, but is against NATO exercises in the Black Sea or Ukraine’s purchasing Bayraktar drones from Turkey.

Tensions are rising on Europe’s eastern borders, Russia’s ears are sticking out from the artificial migration crisis in Belarus, while high natural gas prices cause tensions in Europe.

But we must realize that “Russia always achieves what the West allows. Moscow presses, excites, provokes unrest on the borders of Eastern Europe; actively creates conflict situations. In the end, it is known only in the Kremlin whether they will take advantage of such tensions or not, but the attempt to do some harm is quite obvious”.