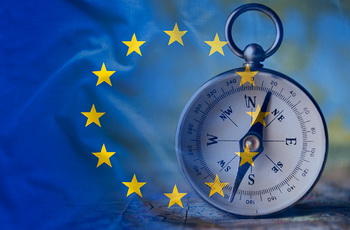 What will the EU’s “Strategic Compass” mean for the German Bundeswehr?

Thousands of migrants on the EU’s eastern border, particularly near the state borders of Poland and Lithuania, are forcing EU officials to respond to such hybrid pressure from Russia and Belarus. After all, the destabilization of the European Union, which is one of the main goals of the Kremlin, is being implemented in this region by the self-proclaimed Belarusian leader A. Lukashenko. But everyone is well aware that this situation was created artificially by “Europe’s last dictator” and his Moscow suzerain. It is not for nothing that Moscow’s propaganda machine and Russia’s agents of influence in the EU countries are increasing pressure, blaming not Moscow and Minsk, but EU countries and, in particular, Poland, which has found itself at the forefront of the “fire”. There are calls for humanity and, if not to open the EU’s borders, then at least to shelter migrants in neighboring Ukraine.

So far, Poland’s border guards are able to respond to mass attempts to break through the border and consider it sufficient to use water cannons and tear gas against migrants. But migrants, according to the same A. Lukashenko, have firearms. He also irresponsibly stated that the weapons fell into the hands of migrants, including professionally trained provocateurs, from Ukraine and NATO countries. Therefore, it is impossible to deny a sufficiently high probability of intentional or accidental use, and it actually does not matter against whom.