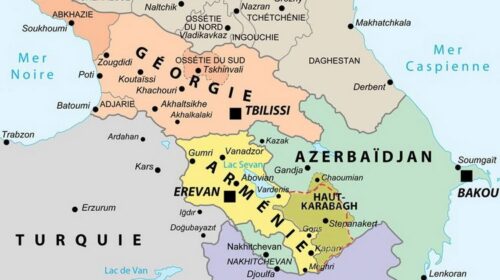 The Role and Influence of Great and Regional Powers. Part 2

South Caucasus or Transcaucasia is the southern part of the Greater Caucasus, located south of the Main Caucasian (Watershed) Range, where there are three states — Armenia, Azerbaijan and Georgia — with a total area of 190 thousand square kilometers. In the north, the Caucasus borders on Russia, in the south — on Iran and Turkey.

After the collapse of the Soviet Union, regional conflicts took place in the South Caucasus, as a result of which, mainly with the participation of Russian “peacekeeping” efforts, unrecognized quasi-states were created — the proclaimed on September 2, 1991 so-called Nagorno-Karabakh Republic, Republic of Artsakh) — on the territory of Azerbaijan, as well as Abkhazia and South Ossetia — on the territory of Georgia. To these conflicts should be added the two Russian-Chechen wars in the 1990s and the Russian-Georgian war in August 2008.

Recently, South Caucasus has become the focus of the world’s attention due to the resumption of large-scale hostilities in the Nagorno-Karabakh region.

Now I propose to consider the role and influence of great and regional powers in the South Caucasus region, which acts as a bridge between the countries of the East and the West.