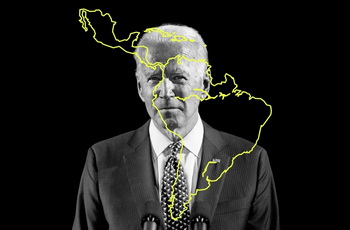 Each President of the United States, coming to power, one way or another, would change the foreign policy towards Latin America. But the essence of such a policy differed little from the previous ones: it remained hegemonic and paternalistic.

We cannot help acknowledging that the influence of such key players as China, Russia and the European Union is growing in the region. Or that the USA’s dominance in the world, especially in Central America, is diminishing.

The coronavirus pandemic is also changing the inter-American relations. Latin American countries are suffering from the effects of lockdown, a huge number of victims and infected. Some countries have actually been left alone with the coronavirus plague. Paradoxically, it was not the United States that came to their aid, but China, which supplies medical masks, tests, and ventilators. Not surprisingly, it was Joe Biden who in his campaign blamed Donald Trump for incompetence, for the United States’ losing its leadership in Latin America, pointing out that the greatest threat to the United States was the loss of its leadership in the Western Hemisphere.

It can already be argued that the new US President will shape a completely different trajectory of relations with the Latin American world. His strategy will be clear, understandable and predictable. That is why most Latin American countries are positive about Joe Biden’s victory, hoping that he will help cope with the coronavirus pandemic, which is causing economic downturns, job losses, a migration crisis, etc.