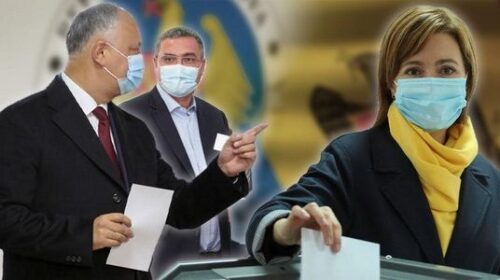 For the first time in the CIS, the post of head of state went to a woman: in the second round of the presidential election in Moldova, Maia Sandu won, defeating her opponent — incumbent President Igor Dodon. If, as the new President, she manages to form an effective parliamentary coalition, Moldova has every chance to finally get out of the protracted political turbulence.

The pro-European position of Moldova’s new President, compared to her predecessor, who was largely focused on Russia, gives reason to hope for intensification of Ukrainian-Moldovan relations in the near future. In this context, the prompt response of the Ministry of Foreign Affairs of Ukraine and the Office of the President deserves only approval. According to the Minister for Foreign Affairs of Ukraine Dmytro Kuleba, preparations for Maia Sandu’s visit to Kyiv have already begun. At the same time, as a result of such reshuffles in the leadership of the neighboring state, Ukraine has important prospects.

It is well known that during the above-mentioned presidential election, Russia’s special services were active. In particular, the Moldovan direction was traditionally subordinated to the “Kremlin tower”, the interests of which are expressed by the Deputy Head of the Russian President’s Administration Dmitry Kozak and the FSB in connection with GRU. This includes direct financing of the election campaign, business trips of Russian political technologists, and a series of gestures of political support, such as the organization of I. Dodon’s visits to Moscow on the eve of the election. This did not yield the expected results due to subjective and objective reasons, such as the economic downturn, ineffective struggle against the coronavirus crisis, and so on.

I. Dodon’s defeat was greatly affected by the fact that he was opposed by another pro-Russian candidate — Renato Usatîi. He is associated with another group, the most public representative of which until recently was Vladislav Surkov and the General Staff of the Russian Defense Ministry (Russia’s former GRU). We will remind, V. Surkov was dismissed from the position of the Assistant to the President of the Russian Federation on February 18, 2020, in connection with the failure, in Moscow’s view, of the Normandy summit in Paris, which took place on December 9 last year, as well as the lack of further prospects on the Ukrainian direction. In fact, R. Usatîi ran in the election as a spoiler candidate, taking over part of the votes of the pro-Russian population. This did not allow I. Dodon to win in the first round.

In the second round, R. Usatîi, instead of supporting the incumbent President I. Dodon, called on his supporters to vote against him.

And on the eve of the election there were several throws by rivals. Among other things, we should point out the publication of compromising evidence about the curators of the Moldovan direction in Russia.

In response, starting from October 20, a number of statements have been made by the Director of the Russian Foreign Intelligence Service Sergei Naryshkin and retired Moldovan security officers — the head of the Trade Union of Law Enforcement Officers of the Republic of Moldova Yuri Chofu and former head of counterintelligence in the Information and Security Service of the Republic of Moldova Ion Mahu. They state that in case of I. Dodon’s victory, the United States is allegedly preparing a “revolutionary” scenario for Moldova. It is important to note that shortly before that, both M. Sandu and R. Usatîi spoke about possible falsifications in I. Dodon’s favour and called on their supporters to protest if such things are found.

It should be noted that such “schizophrenia” of Russian politics is flaring up with new force and is observed in all other zones of turbulence in the post-Soviet space: Belarus, Kyrgyzstan, Nagorno-Karabakh, and in the Ukrainian Donbas. There are several reasons for this:

For example, November 6, 2020, two British tabloids, The Sun and the Daily Mail, simultaneously quoted sources in the Kremlin as saying that the Russian President was preparing to resign over Parkinson’s disease, which he allegedly was diagnosed five years ago. It is reported that after studying recent videos with the Russian President, observers saw him constantly moving his legs and his hands gripping the arms of the chair. In addition, V. Putin’s fingers trembled visibly as he held a pen or a cup, observers said.

It is important to note that, unlike in previous cases, when Western media reported on Putin’s health problems, this time the Kremlin reacted almost immediately. Dmitry Peskov, a Spokesman for the Russian President, called the observations a “complete rubbish”. In our opinion, such a reaction should be interpreted at least as a serious attention to such facts.

The possible resignation of the Russian leader may also be evidenced by the fact that a bill has been submitted to the Russian State Duma for consideration, according to which the RF President, having vacated the presidential chair, becomes a senator for life, thus obtaining immunity from criminal prosecution. In the first reading it was adopted on November 17, 2020.

For Ukraine, the above-mentioned trends create additional opportunities to take advantage of the disagreements that have arisen among the Russian elite. This concerns a number of issues, from negotiations within the Trilateral Contact Group to the weakening of Russia’s hybrid influence within Ukraine.

If we return to the Moldovan direction, in the near future a unique window of opportunity will open to resolve a number of frozen conflicts in the CIS: reintegration in one form or another of Abkhazia, South Ossetia, and most importantly for Ukraine — Transdniestria. As shown by the recent experience of Azerbaijan in Nagorno-Karabakh, Russia has less and less opportunities and desire to divert limited resources to new points of instability.

Institutional weakness and economic difficulties caused by the coronavirus crisis in Moldova, Georgia, and, ultimately, Ukraine, remain a significant threat to the implementation of such a scenario. In view of this, it is advisable to involve Western partners in cooperation. Implementation of such a step in combination with the continuation of sanctions pressure in the longer term will significantly reduce Russia’s influence on Ukraine’s important partners in the CIS. Not to mention bringing relations with Georgia and Moldova to a new level.