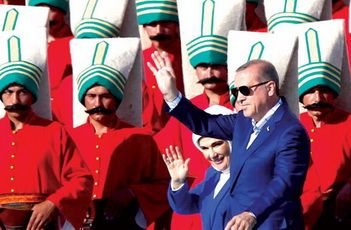 The Turkey’s unconditional efforts to firmly defend its national interests

In our previous article, “Turkey: The Dominant Power of the Region”, on August 20, 2020, we touched upon Ankara’s growing role and influence in the Middle East. We see the Turkey’s unconditional efforts to firmly defend its national interests.

Analysis of the activities of the country’s top leadership and its foreign ministry over the past few years shows that Ankara’s foreign policy is entirely based on neo-Ottoman aspirations, and its national interests go far beyond the region. For example, we see Turkey’s growing role and activity in the armed conflicts in Syria and Libya, in the struggle for carbohydrates deposits and resources of the Mediterranean basin, more prominent is becoming Ankara’s expansion in Africa and Southwest Asia.

I think it is expedient to consider more carefully and with concrete examples Ankara’s steps in the regions of the Middle East, the Persian Gulf, Africa, and Southwest Asia.