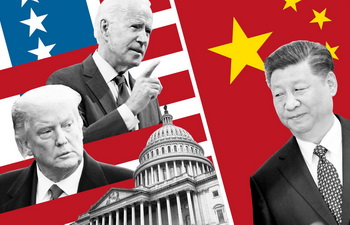 In relations with China, Joe Biden “is not going to prejudice” his options

The world community, despite the reluctance of US President Donald Trump’s administration to recognize his loss in the presidential election, is waiting for the completion of the legal process and is preparing to officially congratulate Joe Biden on his victory.

And how will the new White House administration interact with geopolitical players in world, such as China? In particular, in bilateral trade relations, J. Biden is determined to adhere to the established customs duties on goods from China.

And although much needs to change in the US policy, not all and not at once. J. Biden will try to demonstrate to China his determination to defend the interests of the United States. And at the same time, unlike his predecessor, he will establish normal relations with partners. J. Biden will rely not only on international alliances but also on the United States’ own economic power.

Until now, J. Biden has been ruling out signing new agreements with international partners. He has stated in this regard that he will not enter into any trade agreements with anyone until significant investments have been made in the United States domestic market. In this approach, the new US President differs from the previous President less than some might assume. The key word in J. Biden’s new approach is the same as in D. Trump’s one: “America First”.