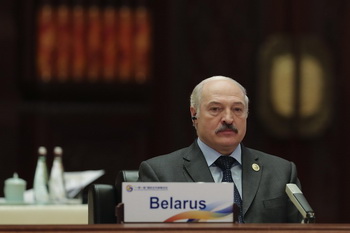 The key challenge for Belarus in 2020 will be the election of its president. However, unlike all previous votes, when Aleksandr Lukashenko was re-elected relatively easily, this time the situation, in the opinion of the Belarusian leadership, is more uncertain. Otherwise, the authorities’ reaction to the actions of the presidential candidates at the stage of collecting signatures would not have been so premature.

In Belarus, the collection of signatures in support of presidential candidates ended on June 19, and within a week one of them, V. Babaryka, was detained. Prior to that, on June 11, searches were conducted in the head office of Belgazprombank, which had been headed by V. Babaryka for 20 years, as well as in the companies PrivatLeasing, Campari and the insurance company Centaur.

According to the head of the State Control Committee of Belarus Ivan Tertel, Viktar Babaryka was detained because he was a direct organizer of illegal activities, tried to influence witnesses, hide traces of previous crimes and just recently tried to withdraw a large amount of money from accounts under his control. About 20 people were also detained in criminal cases related to Belgazprombank and its top managers.

At the same time, the Central Election Commission of Belarus stated that despite the opening of a criminal case against V. Babaryka, it is quite possible to consider the issue of his registration as a presidential candidate.

Besides, on June 18, a Belarusian court sentenced Paval Sieviaryniec, co-chairman of the organizing committee of the Belarusian Christian Democracy party, to another 15 days of administrative arrest, accusing him of participating in unauthorized events. Earlier, on May 29, opposition blogger Serhiy Tikhanovsky was detained.

President A. Lukashenko explained such actions by the desire to thwart the plan to destabilize the state: “We still managed to take some steps ahead and disrupt a large-scale destabilization plan for Belarus (this is not a joke or intimidation) to bring the country to some Maidan. That was the goal”, the press service of the President of Belarus spread A. Lukashenko’s words.

In parallel, pickets (though not numerous, but still) in support of opposition candidates are taking place throughout the country. Note that they are characterized by self-organization, people gather without appeals from opposition leaders. As a rule, during the collection of signatures in support of candidates alternative to A. Lukashenko. It is difficult to judge about real moods of the Belarusian population, as the country conducts virtually no sociological research, at least openly. But the Belarusian authorities’ already seeing potential risks in the current situation is quite an eloquent fact. Here are the factors that caused the following events:

In view of all this, the statements of the Belarusian leadership on the prevention of the Maidan should be interpreted in the context of preventive actions. In particular, their main goal is to prevent mass mobilization of the part of the population that is dissatisfied with the current state of affairs and to discredit key presidential candidates alternative to A. Lukashenko. At the same time, Minsk still has every opportunity to achieve the re-election of the current president through falsifications and combined force against the opposition. The problem is that the West is dissatisfied with such outright actions. In particular, the EU is already demanding to immediately release V. Babaryka, and in the context of the upcoming presidential election — to ensure meaningful and competitive political competition.

So, it is natural that at the same time as trying to achieve the re-election of A. Lukashenko by the old methods, Belarusian authorities are trying not to destroy the recently restored contacts with the EU and the USA. The minimum task is to prevent imposition of sanctions. To this end, a meeting with the ambassadors of the European Union and the head of the US diplomatic mission took place at the Belarusian Foreign Ministry on June 18.

There is a high probability that in case of growing protests and a violent reaction of the authorities, the Lukashenko regime will discredit itself in the eyes of the West. This, in turn, will undermine the process of normalization of relations with the West and will lead to deeper integration with Russia on its terms and will de facto mean A. Lukashenko’s political death. Russia and Belarus have agreed to return to the discussion of deeper integration after the elections in September this year.

For these reasons, Belarusian authorities’ statements about the Russian trace, in particular, regarding Russia’s support for V. Babaryka, may not be entirely true. On the one hand, the oppositionist has indeed worked for a long time in a bank whose main shareholder is Russia’s Gazprom. On the other hand, the removal of the current President of Belarus due to the elections and/or the Ukrainian-style of 2013–2014 revolution is an extremely undesirable event for the Kremlin. The implementation of such a scenario sets a precedent, and it may affect Russia’s domestic political dynamics. After all, as in Belarus, in Russia, socio-economic discontent is growing among the population.

But it should be noted that after the probable re-election of A. Lukashenko, the scenario of his removal from office by pro-Russian forces will remain “under consideration” and will depend on the Belarusian President’s readiness to go for deeper integration. Among other things, this is due to the fact that A. Lukashenko, with his attempts to distance himself from Moscow and flirt with the EU and the United States, is becoming an increasingly problematic partner. One of the latest examples: on May 15, Belarus started to import oil from the United States. This became possible as a result of the agreements reached during UD Secretary of State Mike Pompeo’s visit to Belarus on February 1, 2020.

The degree of Russian agents’ infiltration into the leadership of armed forces and national security agencies of Belarus is common knowledge. Therefore, the solution of the Belarusian issue is more probable due to the internal coup by the local security forces with subsequent de facto occupation of the country according to the scenario worked out during the strategic command and post exercise “West-2017”.

It is in Ukraine’s interests to prevent strengthening of Russian influence in Belarus, with or without A. Lukashenko. As long as it has not come to the really tough actions of the Belarusian authorities, A. Lukashenko has enough room to maneuver between the West and Russia. At this, Ukraine can provide political and informational support to the process of Belarus’ rapprochement with Western countries and international organizations.

In case of another isolation of Belarus by the West, public support for the Belarusian authorities by the Ukrainian leadership is highly undesirable due to possible image losses.