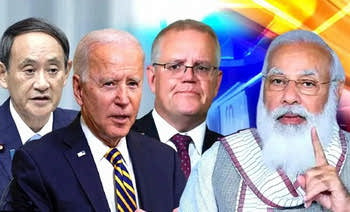 Since the first months of Joe Biden’s presidency, the United States has been showing considerable diplomatic activity in the Asia-Pacific region. The priority of relations with its key partners was reaffirmed during the first Leaders’ Summit of the Quadrilateral Framework (USA, Japan, Australia and India), held virtually on 12th March 2021.

Apart from creation of working groups on some common problems in the region, US officials and analysts do not hide the anti-Chinese orientation of the new format. However, each of the other three participants in the dialogue, based on their own position in the region and the level of relations with China, sees the future of the Quad in his own way.

Australian analysts assess the results of the Virtual Quad Leaders’ Summit as an attempt by the leaders of Australia, India and Japan to renew their contacts with the new Master of the White House. As for the practical steps of the initiative, Australia can, at best, support the initiatives of other Quad partners, but is unlikely to come up with its own.