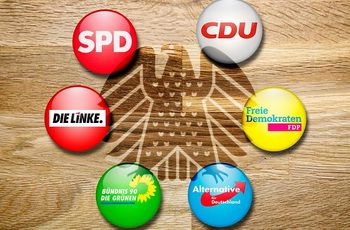 By the German Federal Academy for Security Policy (BAKS)

Important for Germany, as well as for the whole of Europe, the parliamentary elections to the Bundestag, which will take place on September 26, will determine its political structure and the results of election for a new federal chancellor. With the end of Angela Merkel’s long term, the German state expects a difficult political, geopolitical and economic future.

But Germany will continue to be the engine of economic and political development of members of the European Union, on which their future will depend, as well as the future of those countries that are not members of the EU, but are under its direct influence. And the Bundestag elections themselves will be the beginning of a new era in German domestic and foreign policy. After all, in all probability, the current ruling coalition CDU/CSU and its candidate for the post of Federal Chancellor will not be able to overcome the resistance of competitors, and will lose the competition for leading positions in the Bundestag and land parliaments of leading federal states. Dissatisfaction with the ruling coalition’s policy is growing, Germany’s critical dependence, for example, on Russia, is obvious, and the use of the EU’s and national funds to overcome the effects of the COVID-19 pandemic also raises many questions among ordinary citizens. So, Germany, and in particular its new Chancellor, will soon be left with a complex knot of modern objective and “hybrid” problems created by enemies and home-grown lobbyists of foreign interests.

An analysis of Germany’s political forces by the Federal Academy for Security Policy (BAKS) shows that this development will continue after the elections. However, the configuration of the new parliamentary coalition in the Bundestag and the situational interests of political players will change somewhat, adapting to the present. Only the ideas and values of political forces and the commitment of the electorate to them will remain unchanged. And this will at least play a significant role in the construction of a new political landscape and the adjustment of Germany’s political course.

Experts of the BAKS academy believe that in 2021, Germany and Europe will face serious shocks in international politics, multi-level security threats and numerous new interdependencies and expectations from allies and partners. The BAKS academy’s analysis also shows how political parties position themselves on the eve of the Bundestag elections in matters of foreign and security policy.