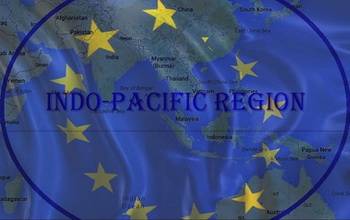 The USA’s partner and a member of the “nuclear club” — France — reacted negatively to the United State’s security initiative announced on the 15th of September 2021, with the participation of the United Kingdom and Australia to create a new alliance (AUKUS) in the Indo-Pacific. Washington seeks to take action in the international arena to somehow justify such a rather unexpected step for Europeans and to minimize image damage, including from the withdrawal of the US troops from Afghanistan. But it is unlikely to be able to reassure partners and persuade them that such action by the US administration is needed right now, that new strategic alliance will help to curb China’s excessive activity.

It is noteworthy that the European Union adopted the next day, September 16 2021, its strategy for political and defense relations with partners in the Indo-Pacific. It is reported that the EU will deepen its engagement with partners in the Indo-Pacific to respond to emerging dynamics that are affecting regional stability. The EU will promote multilateral cooperation, including with ASEAN, working on global challenges, from the COVID-19 pandemic to climate, from ocean governance to digital.

Interestingly, the EU Strategy for Cooperation in the Indo-Pacific, approved in April 2021, was implemented in the European Commission’s Joint Communication only now, after the well-known events in Afghanistan, and when it became clear that the United States was losing control of the situation, as a result of which it is trying to create a security alliance in the Indo-Pacific.

But given the current developments and China’s response to them, as well as differences between NATO partners, the aforementioned EU initiative will serve as a basis for further geopolitical steps by major players.