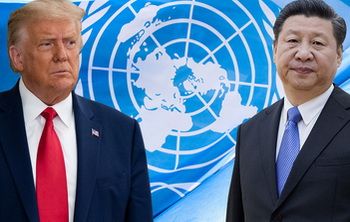 The United Nations General Assembly in New York is an important event in the life of the international community, during which priorities are determined in the activity of the world’s major geopolitical players. The beginning of the UN General Assembly this year indicates a sharp disagreements between major global competitors.

Against the background of the coronavirus pandemic, this year’s debate at the UN is taking place in a form that can be called unprecedented. Most of the speakers from the 193 UN member states speak not at the UN headquarters in New York, but in the format of pre-recorded virtual addresses.