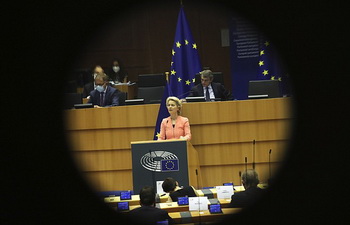 The European Commission recently has said that since the problems in German-Russian relations over the construction of the scandalous Russian-German Nord Stream 2 gas pipeline, given the protests in Europe and US sanctions, do not concern the European Union, Berlin must resolve this issue on its own. The EU’s policy itself has recently been criticized for failing to use the existing capabilities and administrative tools of member states to address threats and challenges, as authoritative experts and analysts point out.

Last year, after taking office as President of the European Commission, Ursula von der Leyen promised Europeans to create a European Commission, geopolitical in content, with a strong voice in world politics and ensuring Europe’s strategic sovereignty. Almost a year later, as a result of the pandemic, which is now changing lives all over the world, European citizens are beginning to realize the terrible negative consequences of the lack of effective European geopolitics.

U. von der Leyen has only recently become President of the European Commission. However, the world cannot afford to wait long for the European Union to make a decision: Europe’s strategic sovereignty is collapsing on a daily basis. It is not too late to lay the institutional foundations for success. The EU has all the necessary tools for this. In order to use them, U. von der Leyen must acknowledge the fact that there are powerful stakeholders among EU member states and in Brussels who have a very different idea of geopolitics.