Despite all the present problems, Romania nowadays is one of the most impressive examples of achieving positive results by a country after its joining the European Union and NATO. Thus, not longer ago than in late 1990’s of the twentieth century Romania was the farthest “background” of Europe, lagging behind the civilized European world by at least 100 years. All this had changed radically within two-three years of real European and Euro-Atlantic integration of the Romanian state.

Romania’s gaining full-right membership in the EU in 2007 became the main stimulus of the transformation of the base principles of the Romanian statehood and settling the country’s most complicated problems, which included the need: of radical renewal of the Romanian economy and introduction of European models into its work; overcoming corruption in the bodies of state power; transfer to the democratic principles and norms of life of the Romanian society.

Having achieved the mentioned above goals (even though not in the full volume), allowed Romania to create favorable conditions for the fast development of its economy and drawing in foreign investments, which positively influenced the economic situation of the country. At this the most positive for the Romanian state was the modernization of its economic sector, which actually became a driving force of the country’s economic growth.

At the same time Romania has always been one of the most consistent members of the EU in the aspect of promotion of the European Union’s interests both, on the all-European level, and in the Black Sea, Danube and Balkan regions.

Bucharest is taking an active part in the realization of the main programs of the EU, including the common foreign and security policy of the European Union, “Eastern Partnership” and policy of widening of the EU. In particular, like Hungary, Romania is one of the main bearers of the ideas of the European integration of the Balkan countries, which aim at creating a favorable security space in the region. Apart from this, it was Romania who in October of 2008 presented the “Initiative of the European Union on the Questions of Immigration and Development in the Black Sea Region”, aiming at regulation of the labor markets and labor migration in the Black Sea countries.

In the process of preparations to its joining the EU, Romania presented a number of its own initiatives concerning the development of cooperation in the Black Sea region, like that of creating in 2006 the Black Sea Forum for a Dialogue and Partnership, and of transformation of the Black Sea teaching and training centre in the Romanian Galati into an effective regional structure for fighting international terrorism, drug and weapon traffic, human trafficking. 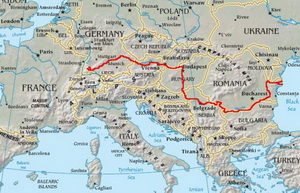 Romania considers very important strengthening its positions in the Danube region, which together with energy system plays a key role in the development of the Romanian economy. Thus, Romania is one of the leading participants of the “Danube Strategy of EU”. The aim of this strategy is deepening of the European countries’ cooperation in various spheres, realization of general economic programs, as well as protection of the River Danube’s ecology. A separate direction of Romania’s activity is its participation in realization of the common security policy of the EU. In particular, Romanian military subunits are included in the Greek-Romanian- Bulgarian and Italian-Turkish battalion tactical groups. 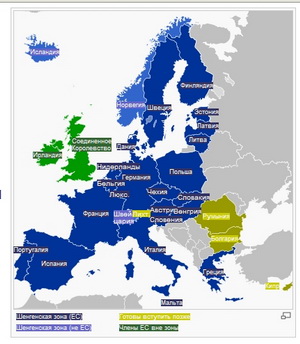 At the same time, Romania still has a number of problems which slow down the process of the European integration of the country, its prospects of joining the Schengen Area included. The main problems are as follows: still a high level of corruption; low effectiveness of the judicial system; weakness of law-enforcement authorities; a number of unsettled problems in the Romanian economy; permanent confrontation among the main political forces of Romania. Yet, all these problems are sooner “problems of the age” and do not principally influence the realization of the general course of the country’s European integration.

Not less important was Romania’s joining NATO in 2004. The geographical situation of the country at the Southern flank of NATO in the Black Sea region has made Romania’s situation in the Alliance as a special.

Thus, at the present moment, Romania is the main USA and NATO’s partner in the aspect of advancement of their military infrastructures eastward. In particular, in 2007-2008 at the base of Romania’s military infrastructure (Mihail Kogalniceanu aircraft base and the port of Constanta) the “East” Joined Operation-Tactical Group of the AF of the USA was deployed, for transport-logistics securing the actions of the American troops in Iraq and Afghanistan. At this, in case of a threat of an armed aggression against Romania, at this base a proper brigade of the AF of the USA numbering up to 1.5 thousand servicemen can be deployed in an operative order.

Besides, with the help of the USA, Romanian Anti — Aircraft System and the system for detection of sea objects have been qualitatively modernized. The most important was the replacement of the obsolete soviet radio technical navigation systems, with which the Romanian Armed Forces had been equipped, with the more effective American AN/FPS-117 air search radar. 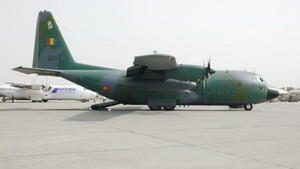 The assistance on the part of the USA and NATO allowed Romania to create its own park of military transport aircrafts of the middle and long distance radius of action, which became a principally new property of the Romanian Armed Forces for all the time of their existence. Thus, in 1990’s Romanian AF began to receive American turboprop military transport aircraft the Lockheed C-130 Hercules, which considerably increased the capabilities of the Romanian side concerning the country’s participation in NATO’s operations at removed theaters of war (in Iraq and Afghanistan included). 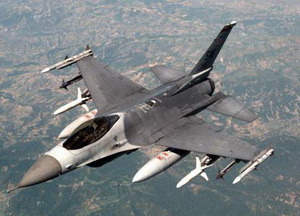 In the aspect of strengthening the military and military navy potentials of the country, positively important for Romania was also its receiving a few armed warships of the corvette class (by the soviet classification, — a guard, antisubmarine ship and a harbor minesweeper from Great Britain and Germany. Besides, at the stage of realization is presently the program of Romania’s receiving from the USA American fighter-bombers F-16, which have to replace the obsolete Russian aircrafts MIG-21, with which the Romanian aviation is still equipped.

The concept of an American missile defense system in Europe 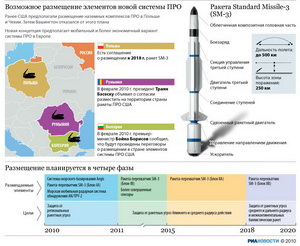 Apart from this, very important for Romania are the USA’s plans as to the deployment of the US /NATO’s ballistic missile defense objects (mobile anti-missile complexes SM-3) at the Romanian territory, which helps increase the role of the country in the Alliance, as well as increase its national security.

In general all the mentioned above guarantees irreversibility of the process of Romania’s returning to the European and Western worlds not as of a problematic and weak “backyard” of Europe, but that of a proper member of the European and North-Atlantic Unions.