Full-scale integration into the European Union and NATO remains Hungary’s main priority, despite the EU’ s economic problems, connected with the negative consequences of the world finance-economiccrisis. 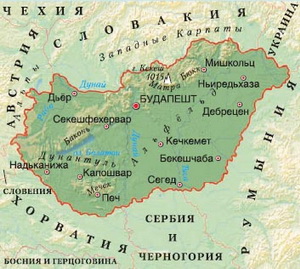 Thus, Hungary’s membership in the EU is considered by the country’s leaders to be the main instrument of ensuring a stable developmentof the country by using the abilities to return the country into the European space. In this plan Hungary consistently supports all the initiatives and programs of the European Union, — deepening of the European integration processes, widening and reforming the organization, increasing the European common security, deepening cooperation with EU’s Eastern partners included.

In this context, coming out from the historic past of Austrian — Hungarian empire, Hungary pays special attention to favoring the European integration of the countries of the Western Balkans within the framework of the so-called “Szegedi“ initiative. Thus, Budapest has always been promoting joining the EU by Albania, Macedonia, Croatia, Bosnia and Herzegovina, Monte Negro and Serbia, and also gives them real help in this process. Besides, Hungary considers an important maintenance of the process of the European integration of Ukraine.

At the same time, Hungary’s real contribution into the development of the defence capabilities of the EU is its participation in the formation of Italian — Slovenia — Hungarian and the“Visegrád” battalion tactic groups. Hungary’s Armed Forces take part in international operations of the EU in Bosnia and Herzegovina and Kosovo. In addition, Hungary takes part in the work of the European Defence Agency.

Taking into consideration all the mentioned above, current finance-economic problems of Hungary and its contradictions in relations with the EU, has sooner situational, not principle character. In particular, this is confirmed by the EC’s report on the macro-economic indexes of Hungary’s development for the period of 2013–2014 (published in November 2012).

Thus, according to the document, already in the nearest future, a turning point in the negative trend of stagnation of the Hungarian economy is expected (in 2012 the GDP of the country decreased by 1.2%), in particular: growth of the Gross Domestic Product by 0.3 % in 2013 and by 1.3 % in 2014. During the mentioned period of time the state debt of the country will gradually increase from current 90% of GDP to 77%.

So the EC actually recognized the success of the Hungarian government in settling finance-economic problems of the country.

Not less important for Hungary was its joining NATO in 1999, which the Hungarian society considers as a guarantee of impossibility of a recurrence of the excesses from the side of Moscow, like the invasion of the Soviet Army into the country in 1956.

Intentions to join NATO were expressed by the leaders of the country as far back as 1990, and in 1994 the decision was taken about the associative participation of the Republic of Hungary in NATO. Hungary became one of the few countries who confirmed its wish to become a member of NATO by the conduction of a nation-wide referendum. In 1997, by the results of voting, 85 % of the Hungarians were for the integration of the country into NATO. 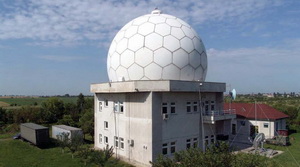 Since Hungary became a full-right member of NATO, the main efforts of the Hungarian side have been directed to securing the military capabilities of NATO in Central and Eastern Europe. In particular, an important step in the aspect of deepening the cooperation with NATO was the deployment of air search radarof long distance radius action AN/FPS-117 at the territory of the country, which in reality integrated the system of air control into the United anti — aircraft warfare system (AAWS) of NATO in Europe. 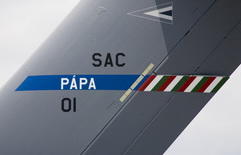 Not less significant achievement on the way of Hungary’s integration into NATO became the dislocation of NATO’s main airlift base at the Hungarian military airfield in Papa in the framework of the realization of the project of strategic air transportations– NSAC (NATO Strategic Airlift Capability).

Besides, the aerodrome of Budapest became a place of forward basing of the airbornes early warning and controlAWACS NATO. Since Hungary’s joining NATO, E-3A aircrafts of the AWACS NATO system have been carrying out regular air patrol both, above the territory of Hungary, and above other regions of Central and Eastern Europe, Black Sea and Turkey.

It is remarkable, that Hungary’s membership in NATO helped the growth of the volumes of foreign investments into the country’s economy. Thus, within a year after the referendum on Hungary’s membership in NATO, direct investments into Hungarian economy increased from 6.2 to 10.2 billion US dollars, and immediately after its joining NATO in 1999 — to 10.2 billion US dollars. So Hungary’s joining NATO was favorable not only for ensuring security and European integration of the country, but also for the development of its economy.

Alongside with its membership in NATO and EU, the country’s authorities pay special attention to the development of the regional cooperation within the framework of the Visegrad Group. Together with other countries-members of V-4, Hungary is actively working on the issues of strengthening the regional security in military, energy and other spheres. Through the V-4 Hungary helps to realize the EU’s program “Eastern Partnership”, regarding Ukraine included.