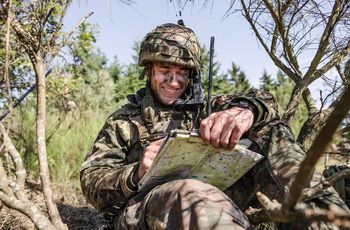 Unofficial translation from German.
Can be used for a comparison of the levels of openness of governmental policy and European civic standards with the realities and publicity in the Armed Forces of Ukraine

The official website of the German Federal Ministry of Defense contains extensive information about the armed forces — the Bundeswehr — with an estimate of their condition and future tasks in the face of current threats and challenges, which have intensified since last year.

Summer holidays cannot be a reason to relax or even reduce the Bundeswehr’s activity in carrying out its tasks, the publication stresses.

Having been appointed Federal Minister of Defense of Germany, Annegret Kramp-Karrenbauer briefly voiced the main course of her policy in her speech at the Bundeswehr University in Munich last November. As a Minister, she believes that Germany should pay more attention to national interests, and cooperation with partners in the European Union and NATO should be more effective and should improve the combat readiness of the armed forces and the state’s ability to respond to various threats.