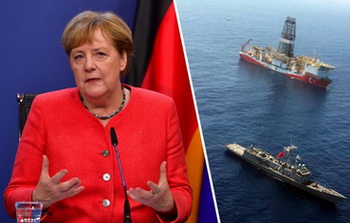 And About Angela Merkel’s Political Role

The leadership of Germany in the Council of Europe, as of a leading country in the European Union, attracts the attention of political observers and European media. But above all, they focus on the position of the leader of Germany, Chancellor Angela Merkel, who today plays a major role in European geopolitics. Especially as in 2021 Germany will hold parliamentary elections in which A. Merkel is not going to participate, in particular, she will not run for the post of Chancellor. She will let her successors (whom she does not name now, although she is well aware of the problems that await them) sort out the tangle of current and future problems.

For example, German analytical centres and the media have recently reported about an escalation of the conflict between two NATO member states, each of which plans to extract natural gas in the Mediterranean. The authors of the articles confidently claim that in the dispute between the two countries over the ownership of Mediterranean gas deposits, Chancellor A. Merkel managed to stop the escalation, that is, to prevent the Greeks and Turks from resolving the problem with the help of their armed forces.