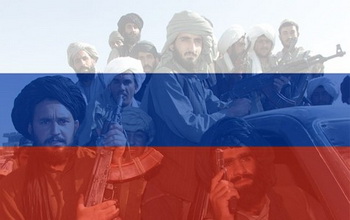 The Cunning Game of the Russians Will Have Sad Consequences

The Taliban’s lightning-fast capture of the Afghan capital, Kabul, the abdication and escape abroad of the current President, the collapse of the USA’s Afghan policy and the uncertainty of the future role of the world’s leading geopolitical players in the region, which will affect global politics, raise general concerns.

Russia’s role can be called characteristic. On the one hand, the RF is threatened by the advance of the Taliban and other militants from Al Qaeda or the Islamic State, to the north — in the direction of such Central Asian states as Uzbekistan, Turkmenistan, Tajikistan and others. On the other hand, Moscow has the opportunity to prove that only it can influence the course of events and stabilize the situation in the region.

Historical experience shows that the cunning game of the Russians will have sad consequences. As it happened, for example, after the withdrawal of Soviet troops from Afghanistan: related to the collapse of the Soviet Union, the civil war in Tajikistan in the early 1990s, as well as terrorism in Russia in the North Caucasus. The Taliban’s quite possible mutual understanding with the Islamic State will significantly increase the danger for Russia and its allies.