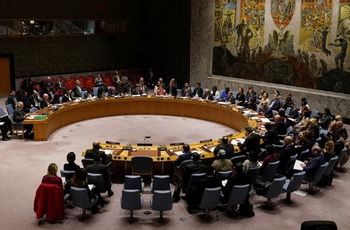 In the UN Security Council, the two countries voted against the resolution on cross-border humanitarian assistance

China and Russia are blocking humanitarian aid to millions of Syrians suffering from the civil war. The two countries recently reportedly voted in the UN Security Council against the German-Belgian proposal to extend the so-called cross-border resolution, which allows the United Nations to provide cross-border humanitarian assistance without the consent of the Syrian government.

Since the beginning of the conflict in Syria, there have been four pedestrian border crossings from Syria — to Jordan, Turkey and Iraq. Russia, according to German diplomatic circles, is trying to keep only one border crossing open for humanitarian supplies, in northwestern Syria.