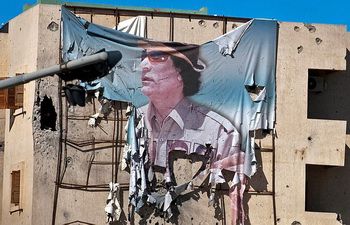 At the beginning of June 2020, after several years of “positional confrontation”, the situation in Libya began to change fundamentally and rapidly. Troops of the Government of National Accord led by Fayez al-Sarraj, conducted an offensive operation and advanced along the coast and liberated several areas of Cyrenaica. Now the Commander of the Libyan National Army Marshal Khalifa Haftar has finally lost his chance to take over Western Libya.

Libya has become an instrument of pressure in relations between the two sponsors of the Libyan war — Turkey and Russia, a kind of apple of discord between them and the European Union.

The rivalry between Ankara and Moscow is due to the conflict of interests and ambitions. Turkey is trying to gain control of the oil fields and the EastMed pipeline, which begins in the eastern Mediterranean. And Ankara could get such control through the division of the Mediterranean with the puppet government in Tripoli.

Moscow, in turn, thanks to its control over Libya, would try to put pressure on Europe in the issue of illegal migrants, because it is through this country that the main flow of migrants to European countries moves. In addition, due to the lost opportunity to build two more sections of the Turkish Stream, Russia will try to put pressure on Europe to continue the construction of Nord Stream 2 project and remove it from under the so-called Third Energy Package of the EU, which is very problematic. In general, further construction of Nord Stream 2 is questionable.

Thus, the situation has changed dramatically. Kh. Haftar’s final defeat is a matter of time. Not so far away. It is unlikely that Moscow and Ankara will fight, most likely, Moscow will cover the retreat of Kh. Haftar’s troops, thus protecting him from complete defeat. But Moscow has lost again, like in Iraq and Syria. It is likely that it will wear the mask of a peacemaker and make “constructive proposals” in all international forums to achieve peace, stability and territorial integrity in Libya.