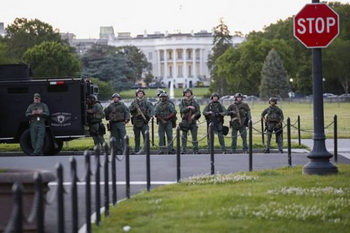 Mass protests in the United States have been going on for more than a week, gradually escalating into riots reminiscent of the struggle for civil rights in the 1950s and 1960s.

Despite the fact that the protests are growing, it is already clear that their original reason was only a formal reason and trigger. I believe that the unrest in the American society was caused by such key factors as the economic downturn due to quarantine measures; the social energy accumulated during the population’s long stay in conditions of restrictions; the release of thousands of prisoners to prevent the spread of coronavirus in confined spaces, etc.

The role of the ANTIFA organization and external forces in inciting and supporting these protests should not be ruled out, even if they are purely situational in nature.

It is obvious that over time, the above-mentioned protests will subside. This is due to the lack of both clear slogans and protest leaders. Although the organization of actions is observed, but only at the local level. The whole country is not covered by them.

The protests indicate the unpredictability of further political dynamics in the United States. Under such circumstances, the most advantageous strategy for Ukraine would be to remain equidistant from the Republican and Democratic parties. Revising this strategy is extremely risky.